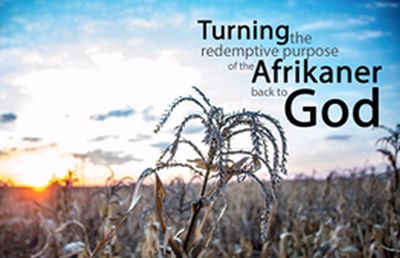 Last weekend Afrikaner farmers, together with representatives of other South African tribes, gathered in Bothaville — the maize capital of South Africa — to participate in a prayer meeting aimed at turning the redemptive purpose of the Afrikaner back to God.

The event followed the release of a prophetic word on the redemptive purpose of the Afrikaner at The People of His Name Conference which was hosted by the House of Ariel Gate in April. In the word Afrikaners were called to return to the redemptive purpose — including manifesting gifting in evangelism, education and agriculture — which God had predestined for them before the foundation of the Earth, in order for the tribes of South Africa to be united in SA’s redemptive purpose of returning the nations of Africa back to God.

Reporting on the prophetic call to Afrikaners and Saturday’s prayer meeting, Fransi van Wyk writes: “A reset/realignment of mind, body and spirit of the Afrikaner to be obedient to God is necessary. This was the very reason for the calling of a prayer meeting, which was attended by mostly farmers in the Bothaville area, who are representative of the Afrikaner and who stand in the gap for the Afrikaner tribe, as well as intercessors of the House of Ariel Gate. Ezekiel 22:30 So I sought for a man among them who would make a wall, and stand in the gap before Me on behalf of the land, that I should not destroy it; but I found no one. 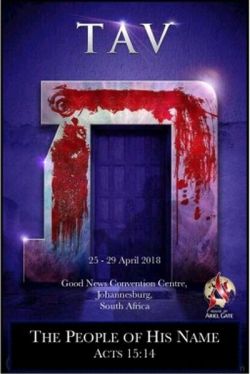 “The Afrikaner must get back their voice and read from their chapter, manifesting their redemptive gifts, especially in the areas of evangelism, agriculture and education, contributing towards the establishment of God’s Kingdom in South Africa and Africa. The whole world is waiting for this voice to speak.

“It is the Afrikaner’s voice that will unite all the other voices of our country, if realigned with God’s voice. The reversal of Babel.

“The light-bearing torch the Afrikaner used to carry, which was dropped by them a long time ago, must be picked up again by a worthy leadership, and lifted up to show the way for His people. The people of His name — Acts 15:14.

“This is in line with a prophecy of Chuck Pierce over South Africa in March 11 2016: ‘It is now My desire for My glory to rise from the foot of this land of Africa and blow across the land and all nations will watch the workings and going on of My hands in SA. I have chosen this land for now. This role is for now. There will be a divine reversal in Cape Town, in Pretoria, in Johannesburg. There is a movement now to realign this land. Watch as I begin to lead My people. Watch and listen carefully for My word will be heard throughout this land. It will be redefined within the next six weeks and a new covering will come to this land. I have put in motion a movement from heaven now. That movement will begin to be seen in the earth realm. I have sovereignly gathered you to a place where a wrong cycle began and I now reverse that cycle, although you have never seen what My glory displays in this land, I will begin to display My glory. SA has been destined from decades and I have longed to see a movement, a double fold move of My Spirit, and now it is beginning. In the midst of this place we decree the new identity of SA will now arise.’

“God has a redemptive purpose for every nation. All that matters is for us to find our identity in Jesus as a nation and lay down our own opinions based on tribal culture. We need to know what God’s opinion is and just agree with it.

“We therefore need to give up parts of our culture that do not looks like Jesus. If we do not, then we will look like the principality we were born under. Every tribe has their own principality. We all need to reflect God’s Kingdom culture. — Ephesians 6:12 For we do not wrestle against flesh and blood, but against principalities, against powers, against the rulers of the darkness of this age, against spiritual hosts of wickedness in the heavenly places.

“Apostle Natasha Grbich led the group present, through a process of repentance. The Afrikaner was divorced from the spirit of racism, the Broederbond, Freemasonry and anything that does not look like God. The Holy Spirit showed every area where repentance was needed. Tears of deep repentance ran down the cheeks of both the men and woman who were present. The heavy presence of God could clearly be felt.

“We agreed as the Afrikaner to come in alignment with the mission we accepted from God for this country and to be obedient to His will.

“The glory of God displayed in South Africa must be brought to all the nations of Africa.

“God must receive His inheritance in all the nations. Amen.”