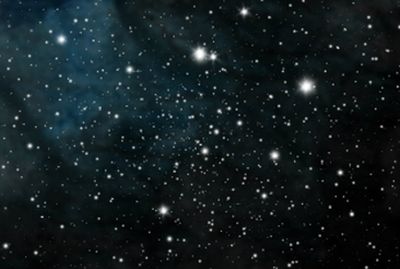 The Star of Bethlehem has intrigued scientists and theologians for centuries. Now, researchers believe they have identified what the star was and where in the sky it can be seen today.

According to an article by Ron Allen, the founder of the International Star Bible Society and published by CharismaNews.com, Chinese astronomers first observed a nova in 5 BC along the meridian of the star Altair (Altair means the wounding). Other astronomers (the biblical Wise Men) saw the star in the East and followed it to Bethlehem to see the Christ Child.

Allen writes that if an astronomer follows the Chinese longitude north up the meridian of the star Altair about 25 degrees, he will reach the latitude that the Wise Men would have seen directly over Bethlehem.

Today, at this spot in the night sky is a black hole known as X-1 Cygnus, located in the Cygnus constellation (the swan; also known as the Northern Cross). Allen goes on to explain that, since a black hole is the remains of a large nova, X-1 Cygnus can be identified as the Star of Bethlehem.

It is also worth noting that the star grouping of which X-1 Cygnus is a part is called the Summer Triangle, which is made up of three bright stars; namely, Deneb (the Lord comes), the aforementioned Altair, and Vega (He shall be exalted). These stars and their names point to the major events in the biblical narrative of Christ.