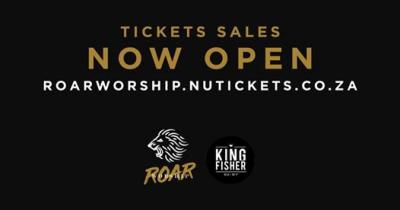 Aslan is about to roar over the city of Port Elizabeth this weekend as Roar Worship prepares for the official release of their debut album.

Musicians from 12 churches have come together to release “a unified sound that carries authority to shift atmospheres and shake nations”. The album launch will take place at the Storehouse Church on Vitry Avenue in Lorraine on Saturday June 16, starting at 7pm.

The Roar group of musicians is not exclusive or fixed, and the expression of worship one can expect on Saturday night is representative of the many different churches that have collaborated to make Roar what it is. From the musicians to the organising team to the multimedia experts who’ve produced the music videos, the graphic designers who’ve helped with the marketing media and the sound engineers who’ve produced the album itself — Roar is an expression of unity.

Citywide relationships
Some of the relationships that make up Roar are over a decade in the making and connect worshippers in churches across the city of Port Elizabeth. Roar leader, Alison Gooch, was originally affiliated with Transformation Christian Network. Her music training and worship leading experience, coupled with her husband, Peter Gooch’s involvement in citywide worship nights as the regional leader for Burn 24-7, have led to the birth of Roar Worship.

“Birthing is an exciting time,” says Burn 24-7 leader, Peter Gooch. “There are so many unknowns, there’s risk, there’s expectation – and what God grows, brings Him glory.” Roar is also a significant venture as it relates to the fraught cultural and racial realities of our city.

“It is the hope and prayer of those who will make up the Roar Worship team that will be on stage on Saturday, as well as those worshippers across the city who are supporting Roar, that this multi-cultural, Christ-centred expression of worship would make major inroads towards seeing a unified Port Elizabeth worshipping their King.

Heart for unity
“Unity comes at a cost,” Gooch does well to remind us. “We have one Father, but we are different sons, so true unity is a continual choice; it comes from a genuine desire to be reconciled to each other. As the Body of Christ, what choice will we make?” Gooch shared that it has not always been an easy road for such a diverse and dynamic team to gather and practice. Yet the heart for unity has endured, and seeing the official album launch realised has in many ways been to see that heart beat in rhythm with Jesus’. The Bible tells us that Christ will return for one Bride, and Roar is a reflection of that oneness.

Catch the launch on live streaming
Ticket sales for the Roar Worship Album Launch are open and the public is encouraged to buy tickets online for R50 each at roarworship.nutickets.co.za so as to avoid disappointment. The event will also be streaming live on Facebook via the Roar Worship Facebook page https://www.facebook.com/roarworship/. 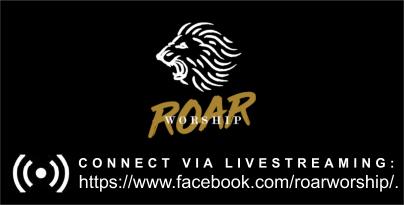