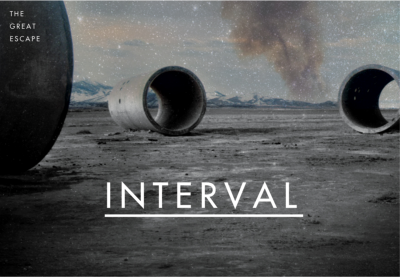 I have been involved in the music scene for almost 25 years now in one form or another, and over the years my taste in music has become more eclectic. The result is I enjoy most music, but preferably a great message and well written lyrics play a vital part in that experience.

So the other day I found in my mail a message containing a press-kit about an alternative band out of Johannesburg, South Africa. Its been awhile that I have had the privilege to review a band from my home country, so you can bet your pajamas on a polar bear I was excited to see what this band was all about. I am mainly involved in the Christian music scene in the States  and Europe because of a few of my own interests and projects there, so I don’t know too much about the Christian music scene here in South Africa, and on all accounts I am going to get myself better informed with that from here on in. There is loads of talent in this country and if I am proudly South African, which I am, then even more so the reason to find out more about it, and promote the South African Christian music community.

So the band in question is ‘Interval’…. to put a little history down as a foundation, Adrian Olivier (Former front man and songwriter for the band, Grannysmith) in late 2011, wrote a collection of songs over a four week period and promptly asked friends Rowan Laljith and Oswald Moodley to join his new project. Just another history snippet; GrannySmith was a folk pop band, and their first ‘single’ Starlight’ in late 1999 was nominated for a SAMA Award. Grannysmith’s 2nd single “Getting Stronger” went to #2 on the 5fm Top 40 in 2000. The group’s self-titled debut album – which Adrian produced – showcased Grannysmith’s ability to move with ease into musical territories ranging from pop to acoustic rock, folk and hard-edged grooves. In part this should convey the type of musicianship that one is presented with on this EP, even before listening. They have an international sound that is both creatively and lyrically world class, included into that the production quality of the EP is very good overall.

Having met a few years back whilst playing together in their local church team, Adrian, Rowan and Oswald quickly found their feet as a musical unit (Something that shines through on every track of the EP). By January 2012, Interval was officially a band.

Using art to impact people for Christ
I think the message of the band is best described in their bio, so rather than me watering it down to journalistic flab, here it is, “With the goal of using art to impact people for Christ, the band recorded their debut EP entitled “The Great Escape”, which tells the story of a person searching for meaning in life, the struggles they face and their life-changing encounter with God. The themes are deliberately subtle in order to connect with the unchurched. All three members of the band are also core members of the Creative Arts team at Rivers Church, and have written and recorded praise and worship for the church’s music ministry (Rivers Music).”

To add meat to that, Interval also launched the “Bigger Than Us” Movement and Label, through which their EP has been released. “The idea behind Bigger Than Us (BTU) is that we believe we have a responsibility to use our gifts for more than just our own gain. 1 Peter 4:10 is a key scripture for our Creative team and for our band”, says Olivier. It is this philosophy that led the band to donate all proceeds from the EP to the Rivers Foundation charity.

I have worked alongside many bands and it never grows old, and always excites me when bands like this get involved in their community, and that its not ALL about them…and yes, I too believe that we do have responsibility to use our gifts for more than just our own gain.

The EP, “The Great Escape” was produced by Olivier, including long-time production partner, George Vardas. This was finished off in London, and mastering with renowned engineer, John Davis (Lana Del Rey, Jonsi, Editors, Snow Patrol, U2 and White Lies).

Their sound can be best described as being, deep and uplifting, as well as to the- point, drawing comparisons to Editors, Pearl Jam and Radiohead. Their first single and title-track from the EP “Great Escape” has enjoyed good support on local radio since its release in July 2013. Their follow-up single “Tunnel, has been a favorite amongst fans and worshipers, both musically and lyrically. For Olivier, it is the most personal song on the EP: “In some ways, I’m looking back to my first real ‘Damascus’ moment and I’m remembering how God’s grace was so powerful, it literally brought me to my knees. I still needed to escape the pit, so-to-speak, but I knew I was ready to truly follow Christ”…

Even good music can have a bad message (Sounds like a good topic to put to paper some time). But it’s true, and though like most, I truly appreciate a good tune and melody or thrashing guitar riff, as its generally what first grabs me, as a Christian it’s more than not the lyrics that are vital to me in truly embracing the heart of the song. It’s that connection that draws me into the heartbeat of the song. Interval succeed here with what I feel is relative electric ease.

The songs on “Great Escape” are well written, musically and lyrically. “Great Escape” is a sincere and honest song filled with passion, beautifully crafted; love the energy, and a great opening track that sets the pace and foundation of the rest of the EP. “Tribe” is another beautifully crafted tune, with a great atmospheric presence.“Icarus” is a more peaceful mellowed out song, that is lyrically very strong.

Interval seem to move seamlessly and with ease between musical atmospheres, as comfortable rocking out as they are doing something more mellow; its that transcendence between styles that highlights the musical talent of the band as they in my books tackle each song with passion and excellence.

“Bay of Pigs” has a great driving beat, it has an arena rock feel to it, and the guitars give a full sound adding to the energy and drive of the song. Probably one of my favourite tracks personally on the album.“Beg Plead” is another great song that drives forth where the band is strongest, delivering solid rock energy; they truly are able to shine on the more, ‘rock’ orientated numbers. Each song here has a certain radio appeal attached to it, the songs have a commercial viability to them, but that aside show a band drawing from experience, filled with passion and drive. The songs never get too involved, thus keeping the songs exciting and engaging. “Tunnel” the closing track of the EP, is a song that breathes with hope and promise, it’s my second favorite track, and in all respects an awesome worship song. I was like at the end saying, “Hallelujah, praise God!, what an amazing God I serve!!. If anything this song is anthemic and purposeful, and a great note to end the album with…“There is Light at the end of the tunnel.”

In conclusion this EP is made with excellence of heart, its passionate, sincere. honest, and personal and even when you add their own words, “The themes are deliberately subtle in order to connect with the unchurched”….you still get the sense of where they draw their hope from. The last song”, “Tunnel” cements that 100%. If you enjoy bands musically like Radiohead and Pearl Jam then this should be a high on your ‘to get’ list.

Interval deliver songs that are personal, passionate, filled with a hopeful message, played with conviction and excellence. It’s been a long time since I have been able to sit down and listen to an alternative band that I really can say I like; I am glad to say this is one of them – well done guys — 9/10

Label: “Bigger Than Us”