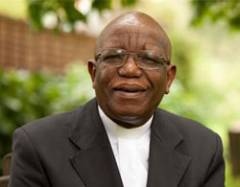 Fifteen years have come and gone since abortion was rammed through in South African in the name of ‘reproductive rights.’ Catholic bishops in the region have expressed regret at the loss of an estimated one million children who were stripped of “the most fundamental of rights, the right to life.”

“We remember those one million babies,” said Archbishop Buti Tlhagale on behalf of the Southern African Catholic Bishops’ Conference that convened at the end of January. The Conference is comprised of Catholic Bishops from Botswana, South Africa, and Swaziland.

In November of 1996, South Africa enacted the Choice on Termination of Pregnancy Act that allowed “every woman the right to choose whether to have an early, safe and legal termination of pregnancy according to her individual beliefs.” The South African government at this time interpreted their constitution to “protect the right of persons to make decisions concerning reproduction and to security in and control over their bodies.”

The government stated in the Act that it was their “belief” that the “termination of pregnancy is not a form of contraception or population control.” Archbishop Buti Tlhagale stated what he called the “clear and unambiguous” position of the Catholic Church on abortion. “Each unborn child is created by God, ‘knit together in (its) mother’s womb’ (Ps 139.13). That unborn child is a human being with a human life that must be protected. He or she has a right to life, a right that must be respected by the mother and protected by the state.”