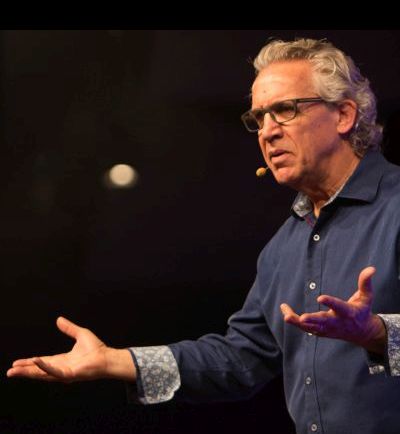 “I feel like South Africa is so primed for one of the greatest breakthroughs the world has ever seen,” a visibly-moved Bill Johnson told a hushed gathering at the opening session of the Kingdom Come SA conference at Family Church International, Johannesburg last night.

“I burn with that conviction — I am not just saying it,” the Bethel Church leader said in a live telecast from his home in Redding, California.

It would be just like God to make South Africa, which is far away from the major developed nations of the world, central to a move that He was doing all across the earth, said Johnson, who was not able to join his son, Eric, pastor of Bethel Church, and Banning Liebscher, founder and leader of Jesus Culture, on a visit to SA for the conference, after his wife Benni had to undergo surgery last week.

Johnson appeared to be deeply emotional at times during his message which focused on lessons from the life of a great biblical revivalist and reformer, King Hezekiah, who ended badly after he lost his passion for God and his concern for the next generations (I Kings18- 21),

After the session, conference co-host John Crumpton, leader of Breakthru Life Church, said that Johnson, who was able to see his SA audience in the packed auditorium during the live telecast, had explained that while he had been speaking to the SA gathering, the presence of God that he experienced in Redding had been so powerful that he had felt overwhelmed.

At the start of his message he said he was touched by the hunger and humility that he sensed in the audience of believers from all over the country.

Johnson’s teaching included the amazing achievements of King Hezekiah over most of his kingsship — including restoring Israel to a place of worship not seen since the reign of King David — and his final mistakes which had a disastrous impact on succeeding generations.

Drawing on the biblical lessons and his conviction that God was about to move mightily in SA, he urged — and prayed for — South African believers to maintain an authentic hunger for God and tender hearts before Him that did not turn into entitlement as they experienced increased favour.

He called on South African Christians to model to the world hearts that continually burned for God and burned for leaving a legacy for their children and grandchildren.