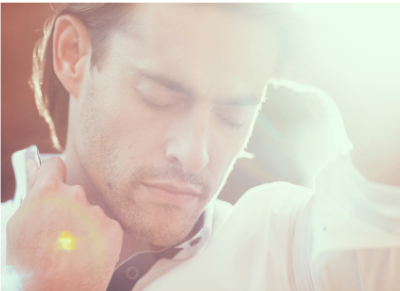 Following a hugely successful career that included six albums released in South Africa and one released in the UK and Germany, Adam Barnard from the extremely popular light classical group Romanz has decided to launch a solo career. For the past three years Adam has felt the Lord calling him to start ministering through his music. The call also came as a prophetic message through his six years with Romanz. It became a calling that he could no longer set aside and so began an entire new journey for the young man with an undeniable passion for the love of Jesus Christ.

“For the last three to four years that I was in Romanz God started knocking on my door to begin ministering through my music. I always said to myself; Wow! What an honour that God wants to use me, but I was so happy in Romanz that I always thought of it as something in the future, but now it’s here and I’m super excited!”

The Ridiculous Ten
The ridiculous ten is where we fire 10 quick questions at our artist to get their ridiculous response for no apparent reason.
1. If a cat always lands on its feet, and buttered bread always lands butter side down, what would happen if you tied buttered bread on top of a cat?
A – A messy floor decoration called “butter and cat fur”
2. What happens when you get scared half to death twice in one day?
A – You go to Heaven!
3. Do mothers have night vision?
A – Definitely! So don’t try to sneak out!
4. Who copyrighted the copyright symbol?
A – Probably Coca-Cola.
5. If the pen is mightier than the sword, why do actions speak louder than words?
A – People tend to believe what they see and not what they read.
6. If green was the number 7 what would red taste like?
A – Tomato soup…Mmm!
7. When would it be inappropriate to call a sheep “Steve”?
A – Always!!!
8. Does expecting the unexpected make the unexpected expected?
A – Depends on how paranoid you are
9. On a scale of one to crackbrain how organised are you?
A – As organised as a weekly calendar!
10. If old carpet taste was an ice cream flavour would you have some and what is your fantasy flavour?
A – Don’t think so. My fantasy flavour would be Chicken soup

New mission, New vision
Given the immense popularity of the group Romanz there would always be opportunities to pursue a solo career in different avenues, but Adam decided to stay true to his calling and so his music ministry was birthed. Adam states his seriousness regarding a music ministry in the way he carefully chooses and prays about the lyrical content of his new songs for his upcoming album: “I carefully choose my lyrics, most of it is from the Word of God where I want to bring a specific message across. I want people to be moved by the lyrics on a deep spiritual level.” When quizzed about what he would like to achieve with his new endeavour Adam responds; “I want to reach as many people as possible with the messages in my songs, so that there can be a renewal in the passion they have towards Jesus Christ!” He also mentions that on occasions, as they feel led by the Lord, he will be accompanied by a prophet that will minister between songs. “At the moment it is still a concept we are working on, but I do believe in my heart that my music will open people’s hearts and then they will be more receptive toward the word of God. This is where Maralise comes in.” The shift from singing in a group to solo and also from entertainment to ministry is a challenge that Adam has accepted with open arms. When speaking about the daunting task of music ministry and the need for real motivation when the ride gets rough, he says that his motivation comes from knowing that God plans ahead for us and He knows what He has written on our hearts. The rest, he says, will fall into place. 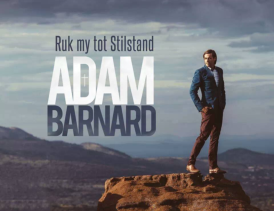 Ruk my tot stilstand
Adam’s first solo offering will be titled ‘Ruk My Tot Stilstand’. Adam states that production is just about finished and a release date is expected towards the end of April. “I wouldn’t say that I have a specific target market. This is the work of God and that is why I’m going where he sends me.” The musical style will remain light classical. A style that fans of Romanz love and one that suits Adam very well. His favourite track of the album is titled ‘Hy is’ (He is), and is a song that deals with some of the names given to Jesus and their meanings. He encourages people to be still, close their eyes and open their hearts to God when they listen to the album. When asked to describe his solo work in one sentence Adam says; “Stylish, a heart for God, and everything in His name.” He also expresses his willingness to go anywhere in the name of God, no matter the size of the event; “I will go anywhere in the world where God sends me and any event that happens in the name of God. Nothing is said or done without God the Father, Son and Holy Spirit.”

A humble spirit
Having achieved so much through his colourful career with Romanz Adam now looks forward to what he was called for. Some of his most cherished memories with Romanz include performances with Andrea Bocelli, Rod Stewart and Catherine Jenkins. His most special moment came when Romanz was invited to perform at Prince Albert and Princess Charlene of Monaco’s wedding. Faith in God and a great affection for the message of the Gospel has kept Adam’s feet firmly on the ground. After all the success he has enjoyed with Romanz he remains humble and ready to hit the ground running as he starts off with the great work God has laid before him. He adds that this is not the end of Romanz and that all the members will be pursuing solo projects. They are all very supportive of each other’s new endeavours. Adam recalls his six years with Romanz and the prophecies he received; “Throughout my six years in Romanz people came up to me and said that God wants to use me to minister through music. I always thought of myself as unworthy for this great honour. The way He has carried me in this new learning experience and the blessings He has given me shows that no one should ever feel unworthy to serve the Lord.” With a bit of advice for anyone who feels the Lord calling them to music ministry Adam has this to say; “Surrender yourself totally to Him. Take complete authority that he has bestowed upon you and no evil set against you shall succeed!”

All booking enquiries can be emailed to adambarnardmusiek@gmail.com and you can like Adam Barnard’s Facebook page to keep up to date with the release of his debut album and his latest performances.