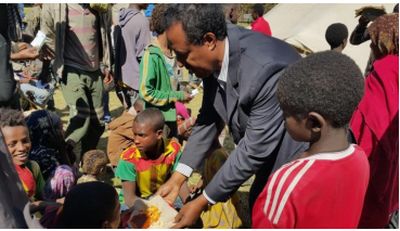 Six hundred and fifty people gave their lives to the Lord during a Christmas mission led by African Enterprise in Dessie in north-eastern Ehtiopia — one of the most unreached and gospel-resistant areas of the country.

A total of 6 720 people were reached with the gospel from December 20 to 24 and many more were liberated through prayer from dark practices, says African Enterprise Ethiopia (AEE) in a mission report.

Feeding street children also formed part of the mission, with church members going out to the streets a week ahead of the mission date and inviting 120 street children to a lunch on an open field where the gospel was preached with nearly 30 accepting Jesus and committing to attending church.

The Dessie mission started on December 30, with one-to-one steet evangelism and the main proclamation mission was held from December 22 to 24, 2017 in the cities of Dessie and Kombolcha with the involvement of churches in the area which had been mobilised for the work of evangelism throughout the year.

Church leaders said the passion created in the hearts of believers for renewed evangelism and witnessing was a positive outcome of the mission.

Rev Wagnew, the regional synod president of Mekane Yesus Church in Dessie city commended AEE for partnering with local churches rather than dictating to them.

These are testimonies of a few of the people who were blessed through the mission: 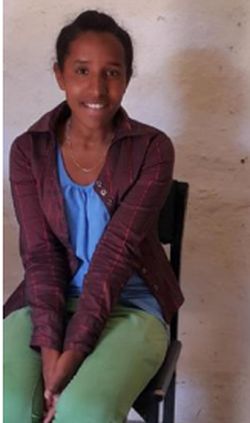 By now I would have been dead if Jesus hadn’t rescued me — Fantaye Asfaw, 23.
“I completed high school and am engaged in a micro business. But for me life has been boring. I hated myself to the extent that I was determined to commit suicide.

On one occasion I even bought a rope to hang myself with. But suddenly I heard the good news of Jesus. A missioner approached me in the city of Dessie and told me about the peace Jesus gives to those who believe in him. That was what I was lacking most. I committed my life  to Jesus and in the few days of my walk with Jesus I experienced a marvelous peace of mind.

I was a person who was walking in darkness but now I have seen light. I was someone who hated herself but learnt that I am loved by Jesus. I was a person who wanted to die but now I know that Jesus wants me to live with him forever. From now on, I want to study the Bible, grow in the Christian faith and become a marketplace evangelist. Becoming a businesswoman and a witness for Jesus is my strong desire.” 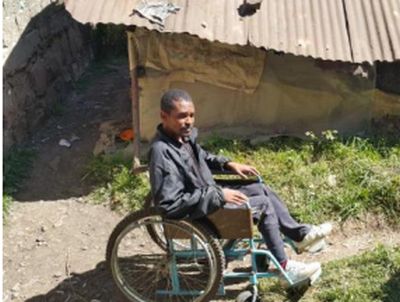 Now I can see a dawn of hope and life — Tefera Kassaye, 33
During door-to-door evangelism, AEE mission volunteers went past an abandoned-looking house on the verge of falling down. Inside the house they found a seriously debilitated man sleeping.

Tefera was amazed that people had made an effort to enter his shanty house. He was amazed by their love and affection.

He says, “I have been incapacitated for 19 years, with no one to look after me – often I go hungry for days. I couldn’t even make use of the wheelchair I received as a donation, because I don’t have the money to buy new tyres.

I was literally hopeless and with no peace until I heard that Jesus loves me. I accepted Jesus as my saviour and since then I have peace like that I did not experience before.”

Tefera was very excited to see AEE supporting him through changing his wheelchair tyres. He has a renewed hope because his house is to be repaired with AEE’s support.

“Now I know I have eternal life and my name is written in the book of life in heaven. I know where I will be going when I die,” he says. 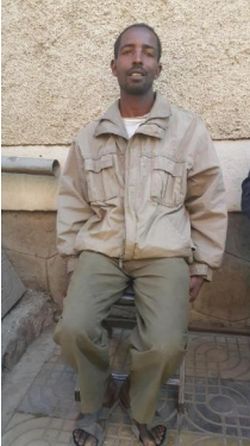 The name Jesus Christ is totally new to me — Nuru Hussein, 25
Nuru used to live in the streets when he was approached by missioners. He accepted the Lord and was immediately taken to a church compound.

He says: “After the death of my parents I became totally hopeless and came out to the street. The street has been my home for many years.

One day some people came to me and told me about Jesus Christ. Though I am 25 years of age I have never heard of this name, Jesus. They told me that He loves me and will take me to heaven. That is a new concept to me because as a Muslim I believed that I will go to heaven through my good deeds.

It has only been a few days since I first believed – but I know that I am now a new creation. The peace I have inside of me tells me this. AEE picked me up from the streets, took me to a church, washed my shabby body, gave me clothes, fed me, showed me love and care.

I now look different. From the streets to the church; from following other religions to faith in Jesus. Now, I am on the right track and know that Jesus is the only way to heaven, and have started reading the Bible.

Immediately after my conversion I went to my relatives, whom I have not seen for many years, and told them about the new life I have in Jesus. They resisted but I will continue to go and tell them. I want my relatives to know Jesus.

My friends on the street say I have become a new person. My wish is to be engaged in some kind of business for a living, attend church and witness about Jesus Christ.” 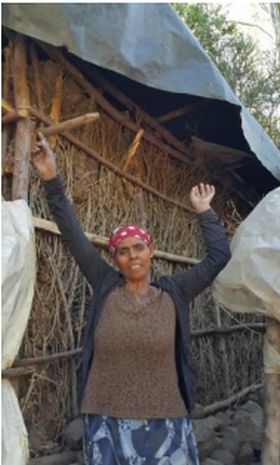 Thank God that I am now safer with my three children — Habtam Birlie
Habtam lives in a shanty house with her three children. The roof is covered with polyethylene plastic; the wall is made from shrubs. She recently became a believer in Jesus through the Dessie mission.

“After the death of my husband I had to take care of our three children. I traveled from place to place in search of a living. I am a daily labourer, working as porter or on any manual job. Life has become hard to me as a single mother.

“One day someone from the church came to where I am staying and told me about Jesus. I believed in Jesus and now I have peace of mind and hope.

“The rainy season is a difficult time for me. The wind removes the plastic cover and it becomes as if we are outside in the rain. We could not sleep. Now I am so happy because the roof of this shelter will be replaced by iron sheets with the support of AEE. My house will be “made new”. My children are so happy. I raise my hands to God and say “thank you God” and thank you AEE.”