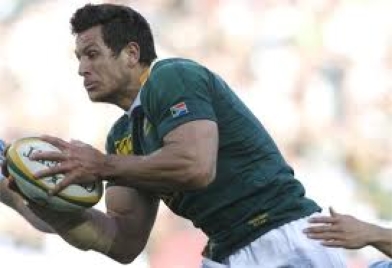 Springbok 8th man Pierre Spies is among a group of high-profile international rugby players featured in “Godzone”, a rugby-themed edition of Luke’s Gospel that was published in New Zealand to coincide with Rugby World Cup 2011.

The entire text of Luke’s Gospel in the easy-to-read New Living Translation, is included in the 72-page book, interspersed with 10 life stories of international rugby players who have been transformed by coming to know Jesus. The book, which also showcases some of the best New Zealand scenery has been published by Tertiary Students Christian Fellowship in conjunction with Engage — a Christian organisation encouraging New Zealand Christians to serve the RWC community.

The publication has been designed with the intention that students involved in TSCF personally give them to non-Christian friends as a free gift. It can be ordered via this website.

TSCF’s Outreach Coordinator, Ben Carswell explains: “We long that students across Aotearoa would encounter Jesus. ‘Godzone’ provides a unique opportunity for them to do that through God’s Word. We have confidence that when God’s Word goes out, it will not return empty.”

Tygerberg Radio spoke to Spies in Wellington today, ahead of Sunday’s quarter final match against Australia. Spies said it was very sad that Bakkies Botha had to go home because of aggravating his achilles tendon problem during lineout practice yesterday. The Springbok’s loss of second row star Botha follows another recent injury blow which took centre and long-range kicking maestro, Francois Steyn, out of the match.

Spies said that it was not only sad to lose Bakkies on the field, but that he would be greatly missed off the field where he was regarded as a fantastic guy and somebody who had come a long way with his team members.

“But the big thing is that injuries are part of rugby — something you cannot control.”

He said Botha had reminded his team mates this morning that the time they had to perform was not theirs to control and that they should make the most of the time they were given.

Spies said that a number of Springbok players have been doing daily Bible studies together and have been growing spiritually closer to each other. “There is unity in the Spirit as well as unity on the field,” he said.