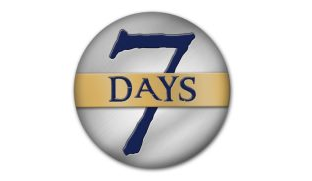 There has been a sudden increase in participation in the Jericho Walls  ’7 days on the wall’ campaign for non-stop prayer for revival, salvation and social justice throughout 2013 says Daniel Brink, National Coordinator of the Initiative.

Over the first six months of this year 169 groups/churches have registered for initiative, each taking one week to pray continuously for revival. But recently registrations have already doubled to a total of 322, he says in a project update newsletter.

The increase may be due to socio-economic problems, as people have become increasingly angry and violent, while facing many problems including that of unemployment, he said in an interview this week. He said that at present South Africa is one of the most violent countries in the world.

Notable areas of increased participation in the ‘7 days on the wall’ campaign are Paarl, Franshoek and Wellington where 31 churches have got on board since youth leaders started taking the initiative some months ago. This prayer awakening is spreading to other areas of the Cape Peninsula, notably in the Northern Suburbs of Cape Town. Soweto and Johannesburg have also seen an increase in participation.

Brink says that the increase in prayer for  revival is very encouraging, and that his faith has subsequently grown. He says that it seems as though God is about to pour his Spirit out on South Africa, which may be headed for great change. The project has also seen prayer rooms implemented at schools in Paarl, where staff and learners participate in the initiative during lunch breaks. Brink says that it’s amazing to see that youth have also become involved in prayer weeks.

He urged churches and other community projects to register to join the ‘7 days on the wall’  initiative at www.globalprayerwatch.org/7days. Interested parties can also contact the Jericho Walls office at watch@jwipn.com or can call the office on 021 919 7988 between 9am and 13:00pm.