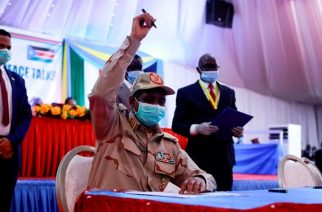 Sudan agrees with rebels to remove Islam as state religion

By Jayson Casper — Originally published in Christianity Today In signing successive peace deals with entrenched rebel movements last week, Sudan drew upon the legacy of Thomas Jefferson. “The constitution should be based on the principle of ‘separation of religion and state,’” read the text of an agreement between the […] 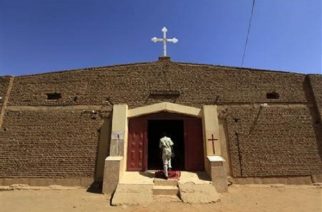 Originally published in The Christian Post The transitional government in Sudan passed a series of amendments that repeal the death sentence for apostasy, public flogging and female genital mutilation, giving Christians hope for the future following the toppling of the Islamist regime of President Omar al-Bashir last year. Sudanese Minister […] 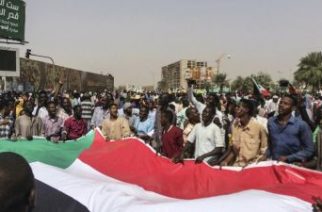 By Emily Jones — Originally published in CBN News In a historic move, Israel and Sudan have agreed to begin normalising ties after Prime Minister Benjamin Netanyahu held a secret meeting with Sudanese leader Abdel Fattah al-Burhan on Monday. The agreement marks a dramatic shift in relations between Israel and […]

‘New Sudan’ in sight but not yet in hand.

Opinion May 16, 2019 by admin Comments are Disabled

By Elizabeth Kendal — Originally published in Religious Liberty Prayer Bulletin Protests erupted in Khartoum on December 19 2018 after the government trebled the price of bread. However, the protests were, and still are, about much more than bread. In Sudan’s 1986 general election, Hassan al-Turabi’s hard-line Islamist and Arab-supremacist, […]

Originally published in One News Now A persecution watchdog group is launching a new campaign to stop dozens of church demolitions in Sudan. The grassroots effort by International Christian Concern is designed to raise awareness of ongoing threats by the Sudanese government to thrash churches in and around the capital […]

Originally published in The Christian Post A Christian pastor in Sudan says the government has “declared war against Christians” because it’s fearful Muslims will be led to Jesus Christ, which is the reason why pastors are being imprisoned and churches are being demolished in the Islamic nation. Persecution watchdog group […]

Originally published in ACLJ A Christian church sits in ruins today in Omdurman, Sudan, and its congregation is left scrambling to find a makeshift meeting location in time for next Sunday.  Our contact on the ground in Sudan reports to us that last week government officials appeared at the Evangelical […]

Originally published in Christian Post Meriam Ibrahim, the Christian mother who was held prisoner and initially sentenced to death in Sudan for her faith, is set to receive the National Religious Broadcasters’ President’s Award later in February for showing “what it means to not be ashamed of Christ.” “Meriam Ibrahim […]

Originally published in Baptist Press Security forces in Sudan reportedly are focusing on the removal of foreigners who work for hundreds of foreign aid organisations within its borders. The concern, raised by two workers in statements to Baptist Press, follows a report on religious freedom in predominantly Muslim Sudan released […]

Originally published in Morning Star News Sudan has stepped up its arrests and deportations of Christians, with interrogation including threats to bury them alive, sources said. Besides the deportation to South Sudan of the secretary general of the Sudan Catholic Bishops’ Conference on April 12, other Christians have been targeted […]