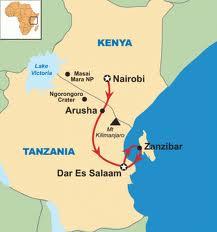 Christians on the Indian Ocean island of Zanzibar are living with fears following frequent attacks and the Sunday (February 17) brutal killing of a Catholic priest on this Muslim-dominated island.

Gunmen have shot dead a Catholic priest, Father Evarist Mushi, at the entrance of his church in the capital of Zanzibar, making it a second such attack on Catholic priests in the archipelago. The first incident was reported on Christmas Day last year when a priest was shot but survived with serious wounds.

Destabilisation
It was not established by Tanzanian security operatives the motive behind such bloody shootings of Catholic priests, but many Christians on both the island and the rest of Tanzania believe terrorist groups operating on the island want to destabilise religious freedom.

Zanzibar is a Muslim-majority island of 1.2 million people, with a fraction of Christians, about one percent of the total population, mostly living and working on the island.

There are 8 Catholic congregational houses (churches) on the main island of Zanzibar and 3 on Pemba Island, bringing to a total of just 11 churches there.

On Christmas Day, gunmen shot and seriously wounded a Catholic priest as he returned home from church.

Police did not know whether both attacks were related, but local Christians said there has been a rise in Islamic attacks against individual believers and churches.

Tanzanian President, Jakaya Kikwete, ordered the police and other security operatives to investigate deeply the cause of ugly attacks to priests and churches on the Spice Island.

Responding to the Tanzanian President’s request, the United States embassy offered on Tuesday full support to Tanzania in pursuing and bringing to justice those who killed the servant of God.

The US Ambassador to Tanzania, Mr Alfonso Lenhardt, described the act as a senseless murder. He further pledged that his country was ready to offer any assistance that Tanzania might require to bring the culprits to book.

Mr Lenhardt called for the arrest, prosecution, and conviction of those responsible for attacks targeting religious leaders in Zanzibar, saying faith-based violence is a crime that has no place in Tanzania or anywhere else.

He said attacking religious leaders was against the long-held traditional values and the culture of peace in Zanzibar, an island known for cultural tolerance and diversity, where different peoples and cultures have lived and worked side by side for centuries.

It is feared that the increase of attacks on Christians in Zanzibar may be a chain of attacks intended to spread radical Islam across East Africa. Terrorist groups, including the Somali al-Shabab, have earlier been accused of carrying out pockets of attacks to Christians in northern Kenya, and is now feared to have entered Zanzibar.

Radical Islam has been spreading in East Africa, mostly in Tanzania’s capital of Dar es Salaam and Mombasa in Kenya. It is feared that East Africa could fall into the hands of radical Islam and terrorism similar to Nigeria and Mali.

There have been protests against the union of Zanzibar and the rest of Tanzania, a situation which has caused political tension on the island. The island has seen a remarkable growth in tourism, with optimism to attract more holidaymakers there. Zanzibar is famous for its beaches, deep-sea fishing, scuba diving, and dolphin watching.

Tourism is currently the leading source of revenue to Zanzibar’s economy, injecting 27 percent to the isle’s gross domestic product (GDP), while generating 72 percent of the isle’s foreign currency.