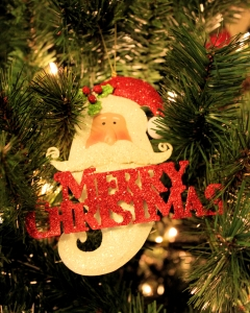 Texas has become the first state in the US to pass laws legally protecting the celebration of Christmas.

Under the new law, schools, and other public institutions will be able to hold Christmas, Hanukkah, or Kwanzaa parties, without fearing lawsuits inspired by political correctness.

The so called “Merry Christmas” law has been backed by many conservative lawmakers and opinion shapers who fear political correctness has moved from an attempt to be sensitive to open aggression. The law stipulates that religious icons in schools are acceptable, provided more than one is represented, and that secular symbols, like snowmen for example, are also included.

According to Reuters, State Representative Dwayne Bohac, the Houston Republican who sponsored the law, told a press conference that the measure would codify religious protections and protect Christmas from censorship.

“I urge other states to stop a needless, stilted overreaction to Christmas and Hanukkah,” he said, pointing out that similar laws are being considered in Alabama, Mississippi, Indiana and New Jersey and that a bill is expected to be passed in Oklahoma.

A co-sponsor of the Bipartisan bill, Laredo Democratic Representative Richard Raymond, said that “Christmas and Hanukkah obviously do have religious implications for so many” but they are also “just part of America”.

Although the bill does not explicitly mention any other religions such as Islam or Buddhism, Jonathan Saenz, president of the conservative activist group, Texas Values, has said that any student who feels their religion is lacking in representation can use the law also.

While some have criticised the law as unnecessary because of the US Constitution’s first amendment protection of freedom of expression, recent incidents have caused some to understand the need for this kind of issue more urgently.

A PTA email sent to all parents of children at the Gene and Ruby Nichols Elementary School, in the town of Frisco north of Dallas, said that the school would not be referencing Christmas during its December celebrations and they would not be installing a tree. They also declared that children should not wear red or green clothes to the “winter party”, and that any cards should include generic messages such as “season’s greetings” or “happy holidays”.

The PTA responded to the announcement with a statement saying: “The school was unaware of this and it was not an official PTA correspondence either. There have never been any limitations on what students wear, what they bring to share with their classmates on party days … what greetings people exchange with each other.”

However, Texas State Representative Pat Fallon investigated further, and received a second e-mail saying the rules would be kept because they did not wish to “offend any families and since each family donates money they feel this is the best policy”.

One commentator named only as Steve B on the law’s campaign homepage, detailed a similar experience in his town of Katy, Texas, when last year his eight-year-old daughter came home with a letter from her teacher stating that Christmas party was now a “Holiday Party” and that children should refrain from wearing red or green, and from greeting others with “Merry Christmas”.

“This may come as no surprise to those of us who have witnessed this trend in recent years, but I can tell you it didn’t make a whole lot of sense to our daughter,” he wrote. “I guess it’s never too early to be forced to teach your child about the absurdity of political correctness.”

Though possibly well intentioned, this kind of activity could come into legal trouble under the new law.

Saenz said: “We’re hoping that, as a result of the Merry Christmas Law, we’ll see less school districts being naughty and more being nice.”