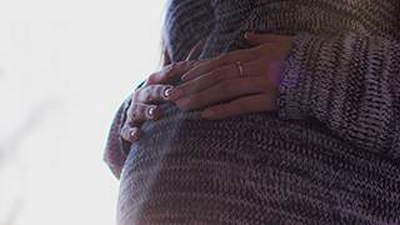 [notice]Christian Concern’s Camilla Olim comments on how the pro-choice argument betrays women, discussing 18 personal accounts sent in to the BBC of women’s abortions.[/notice]

With the 50th anniversary of the 1967 Abortion Act and recent developments in the US, including the Women’s March, the March for Life and President Trump’s executive order to defund international abortion, the abortion issue is flying around all over social media with heated arguments on either side.

But as someone who is unflinchingly pro-life, it was neither the brash feminist cries of “my body my choice” that seemed to largely dominate the Women’s March, nor the outrage aimed at Donald Trump, that most caught my attention.

Instead, it was the personal accounts of 18 women – most of whom had an abortion, and a few of whom chose to keep their baby. These accounts were printed on the BBC website this week.

It struck me that the “choice” rhetoric that dominates the media seemed quite far removed from these every-day, ordinary-women stories. These women were not abortion campaigners. None of them spoke lightly of their abortions, nor made the decision to have one as a statement of their “women’s rights”.

But these stories were sad, and mostly motivated by an actual or perceived lack of options. Some women were forced into aborting their babies. Some felt, due to the nature of their circumstances, that they had no alternative but to abort. Reading these accounts, I found myself wondering what kind of “choice” the pro-abortion activists really fought for. Because of course, the only “choice” that abortion offers is the power to kill your own unborn child. Choice is only attractive in the midst of options — “choice”that has been pushed on you; “choice” to kill a human being, made out of desperation, is really no choice at all.

Forced into abortion
Most of the women reported that at the time of their abortion, they were young, unmarried, financially unstable, about to start college, or a combination of these.

One woman, known only as “H”, said her parents forced her to have an abortion when she was 16. The law states that two doctors must give their consent to any abortion in the UK, but “H” said she “never saw anyone who presented themselves as a doctor”.

Another, Louise, said that her boyfriend at the time, who she described as “violent and controlling”, forced her to have her abortion.

Clare, who was 24 when she became pregnant, was with a partner who was “mentally unstable and both psychologically and physically abusive”. She said that she tried to make the relationship work because of the baby, but when nothing improved she ended the relationship and “decided very regretfully on an abortion.”
Do any of these stories sound like abortion was a choice, or a desired option?

Regret
Whether or not these women made an autonomous decision about their abortions, something else that recurred throughout the personal accounts was guilt and regret.

An anonymous woman said: “I had an abortion three weeks before I was due to start university, and I simultaneously regret and don’t regret the decision. It’s sometimes hard to think of what my four-year-old child would be like now.”
Louise, forced into her abortion by her boyfriend, said she mostly feels guilt – which increased with her recent miscarriage. Tragically, she believes that her miscarriage may be “karma” for her abortion.

Most interestingly, Laura from Birmingham said: “I have never regretted having the abortions, even in later years when infertility played a big part in my life.” She then added:”I still feel guilty and somehow my punishment was my two failed IVF treatments.”

The deception of the pro-choice movement
As we are created in the image of God, our consciences will protest at the taking of innocent life, irrespective of the reasoning behind such a decision. But it is unsurprising that several of these women claim to “not regret” the action, even if the feelings of guilt are persistent.

This is the poisonous deception of the pro-abortion movement. We are told that as women we are free to make any decision involving our own personhood, and that there should be no regrets for doing so even if our “rights” infringe on another’s right to live. This, they shout, is liberation. This is freedom.

But these lies are keeping women in bondage. As Frederica Mathewes-Green wrote in the National Review last week: “I understand all the reasons why the movement’s prime attention is focused on the unborn. But we can also say that abortion is no bargain for women, either.

“It’s destructive and tragic. We shouldn’t listen unthinkingly to the other side of the time-worn script, the one that tells us that women want abortions, that abortion liberates them. Many a post-abortion woman could tell you a different story.”

‘There is hope amidst an unplanned pregnancy’
One of the most powerful stories printed on the BBC website was that of Maria, a woman who got pregnant when she was 16, living in South America at the time. Her family lived in poverty and her boyfriend’s father offered to pay for her to have a backstreet abortion.

Maria said that it seemed like the “logical thing to do”. But then:

“And then my mum out of nowhere refused the money and decided to do not allow me to have the abortion. And the truth is: I was relieved. I needed someone willing to believe that it was possible for me to keep my child. I needed an excuse to do it. I did not feel until my mother stood up for my pregnancy that I had the right to say ‘I want to have this baby.'”

Maria realised that she had a choice. So she chose the option that would bring life — and hope. Women need to know that there is hope amidst an unplanned pregnancy. There is no hope in abortion.

Modelling a counter-cultural alternative
As we continue to fight to overturn legislation that permits abortion, we must also be looking at what drives women to have abortions. How can we better support women so that they feel able to continue with their pregnancy? How can we ensure that no woman is forced into abortion? How can we protect them from abusive relationships?

But perhaps most importantly, we as followers of Christ need to better model the counter-cultural alternative; the one that brings life and hope and freedom, because that is the fruit of everything designed by God.

If we would better model healthy relationships, sexual purity, stable marriages, and self-sacrificial love, would we see women’s attitudes towards abortion start to shift? Romans 8:19 says: “For the earnest expectation of the creation eagerly waits for the revealing of the sons of God.” The world is looking to us for the answer.

Yes, we will always have radical feminists screeching about their “rights”, because without Christ, it is human nature to serve oneself. But abortion activists do not speak for all women.

50 years after the Abortion Act 1967, the pro-choice argument continues to betray women. We need to reclaim it and help women to choose life.