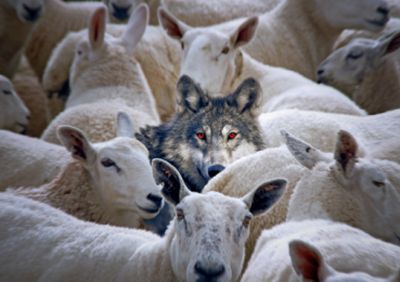 In my world travels over many decades covering several continents, I’ve encountered floor-to-ceiling shelves of tantalising ‘look a like’s’, bazaars filled with a plethora of many a skilful trading eye, side street dealers offering a once in a lifetime Chanel or a Louis Vuitton number.

It only takes one purchase in a Chanel or Louis Vuitton shop to know the difference. Something happens deep down inside when you’re treated like a lady and your husband is happy to buy you your dream of a life time gift. You’re probably thinking I’ve been paid by Chanel or LV to pen this article, no not the case at all. When it’s the real deal, it’s the real deal.

Imagine being proposed to, your man gets down on his knee, tells you how much he loves you and presents you with a diamond ring of your dreams. Only for you to find out later it’s not a diamond at all but cubic zirconia!! You’ll be in for a shift in trust with your relationship.

Paying for prophesy
There’s no difference when it comes to prophesy. Someone may come up to you hand you a card “Prophet Jo Soap … from …” dressed to the nines, driving the best car in town, but what comes out of his or her mouth may not be the true Word of God. What’s worse, you may have had to pay a huge sum of money for that prophetic word! Perhaps you had to take a loan to pay for the prophecy.

Company of Prophets SA
At a recent Company of Prophets SA gathering at Hatfield, the topic of discerning the voice of the Lord and being the voice of the Lord was presented by a panel of prophets from different spheres (metrons) in society. The emphasis was for the prophetic voice to take up the baton in various spheres of society and allow the Lord to speak through us to encourage, comfort and edify those around you. No longer was the voice of prophecy to be left for the church sphere only, but to be active in all spheres of society.

False vs true prophets in SA
Janet Brann-Hollis gave a report of the false prophets in our nation and the need for a strong prophetic voice to arise in South Africa. We were encouraged to learn to discern between the false prophet and true prophet. We were also reinvigorated to raise the standard of prophecy in South Africa. Without a waver Janet spoke to us as prophets being God’s mouth piece and thereby this brings an atmosphere change and brings Heaven to earth.

Prophetic abuse
About prophetic abuses, it was highlighted that culturally we as Africans so often take honour of a leader to the extreme and this opens the door to fear of leadership and a possibility of over self-importance being the draw card with some prophetic ministries or leadership in general. If discernment and identity with Father God is not established, we fall prey to be tossed by any wind and doctrine and even to the degree of paying for ministry.

We have been given free revelation and so we must give this revelation and impartation on freely. At all costs the prophetic must avoid the celebrity status trap.

New season
The prophetic is moving into a new season. Janet said she felt that even though there will still be one on one ministry there is a strong sense of addressing the character issues in people’s lives as an essential aspect of the prophetic. This is what she referred to as the Government of God in a person’s life. She went on to elaborate on the need for people to align themselves with Fivefold ministry so they could be effective in every sphere of society.

As we have all been called to set the captives free and open the eyes of the blind in the name of the Lord it is not restricted to just within the walls of the church.

Rebuild the wall
Because the wall is down in the various cities, it is our responsibility to stand united and to break the curse over the land. Establishing a seat of Jesus’ governance in our hearts and in our different spheres of influence is a responsibility we all need to take up. It is still the mandate of the prophetic to train up people in the prophetic, make declarations over our cities, fulfil the mandate over this land, and prophesy in song over your city. In short do whatever it takes to bring Heaven to earth in your corner of our beautiful country.

Downloads from the 2018 Gathering of Prophets National Conference will be available from the Company of Prophets website soon and will be free of charge. I would suggest you invest in your time wisely and listen to these.

There has been a move of God already in South Africa in different churches and groups but an extra encouragement is always welcome especially in times of change.