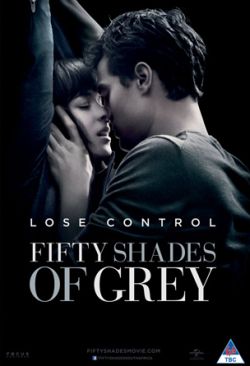 Ster Kinekor in South Africa is promoting the soon-to-be-released Fifty Shades of Grey film as “the hottest cinema experience this Valentine’s Day”(February 14), to which you can “treat your date”! Pro-family groups however, are warning that Fifty Shades of Grey is one of the worst pornographic glamourisations of sexual violence to be released on the big screen and have launched campaigns to expose this.

The mass media and throngs of women are swooning over the twisted “love story” “Fifty Shades of Grey,” but this cultural phenomenon’s impact on society will serve only to glamorize sexual violence and romanticise domestic abuse.

While millions of women are fantasizing about the controlling and abusive Christian Grey of fiction, there are many other women dealing with the horrors of actually living with men like him.

In the book, and now the soon-to-be released film, Christian Grey uses manipulation, jealousy, intimidation and violence to control the naive Ana. Most fans overlook and romanticise this because of his powerful position, handsome looks and nice suits. But in real life women like Ana will tell you that a seemingly perfect exterior does not necessarily mirror one’s psychological health, or mean that he possesses a moral compass.

Portraying the abuser as a victim

A college student, one of many I’ve heard from in my role as executive director of the National Center on Sexual Exploitation, wrote to me that Christian is just suffering the consequences of his own abuse, acting out in the only way he knows, and that Ana’s patient, loving behavior helps him overcome his abusive tendencies. Christian is so easily and quickly forgiven for his violent behavior. But forgiveness and devotion to an aggressor who inflicts violence is not sexy. Violence is violence. Sexual violence is worse.

While this should be a black-and-white truth, EL James is selling it in all shades of grey. Even worse, over 100 million women are buying it — in over 50 languages.

The reality is that, if you take away the glamour, “Fifty Shades” is just a sensationalised lie, telling women that they can, and should, fix violent and controlling men by being obedient and devoted, and that, somehow, this is romantic. It is no surprise that Hollywood is betting millions of dollars that now is the right time to offer sexual abuse and sexual violence against women as mainstream entertainment.

This is not entertainment, or a fairy tale, as Hollywood is claiming. This is glamourisation of violence and abuse. Society pays a price when we teach men to be turned on by women in pain. As a result, sexual violence is on the rise in our military, colleges, families and on the street. When violence is made to be sexy, it is no wonder that these are the consequences.

It is time we speak up and stop obscuring the facts by allowing pornographers, like “Fifty Shades” author EL James, to lure us into viewing this lifestyle as attractive, harmless and empowering.

The National Center on Sexual Exploitation has a website, fiftyshadesisabuse.com, that details 50 problems with this disturbing trend in entertainment media. This project comes in an effort to educate the public on how sexual exploitation affects society on both individual and public health levels. The site also features the #50DollarsNot50Shades campaign and urges patrons to support survivors of abuse and help educate the public on the realities of “Fifty Shades” relationships.

Glamourising sexual abuse is not an appropriate topic for entertainment. Remove the glamour and facade of the Christian-Ana relationship and ask yourself if this is the twisted lie you want to tell yourself, your daughter and your friends.

What you can do