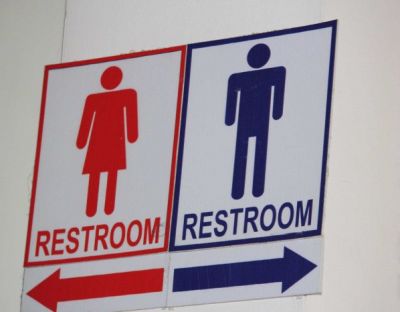 The Trump administration withdrew on Wednesday an Obama-era directive that required public schools to allow students to use the restroom that they feel matches their “internal sense of gender” under threat of losing federal funding.

A letter issued by both the US Department of Education and the Department of Justice outlines that the guidance issued under the Obama administration did not “contain extensive legal analysis or explain how the position is consistent with the express language of Title IX, nor did they undergo any formal public process.”

“This interpretation has given rise to significant litigation regarding school restrooms and locker rooms,” the departments noted.

Proper channels not followed
The sentiments are similar to that of US District Judge Reed O’Connor, who issued a nationwide injunction against the directives last August, declaring that the Obama administration had not followed the proper channels in issuing the guidance, and suggested that the departments’ interpretation of federal law was incorrect.

“It cannot be disputed that the plain meaning of the term sex … following passage of Title IX meant the biological and anatomical differences between male and female students as determined at their birth,” he wrote.

Attorney General Jeff Sessions similarly said in a statement on Wednesday that the departments had withdrawn the Obama-era directive because it tried to force a reading of Title IX that was not there.

“This is an issue best solved at the state and local level,” she said in a statement. “Schools, communities and families can find — and in many cases have found — solutions that protect all students.”

As previously reported, Press Secretary Sean Spicer advised during the daily press briefing that President Trump believes the federal government should stay out of the matter.

“I’ve made this clear and the president’s made it clear throughout the campaign that he is a firm believer in states’ rights and that certain issues like this are not best dealt with at the federal level,” he said.

The Obama administration had required all states to comply with the directive under the threat of losing federal funding, writing, “[a]s a condition of receiving federal funds, a school agrees that it will not exclude, separate, deny benefits to, or otherwise treat differently on the basis of sex any person in its educational programs or activities unless expressly authorised to do so under Title IX or its implementing regulations.”

The matter resulted in a legal challenge from over a dozen states.

Religious groups, such as the Washington-based Family Research Council, however, cheered the news as they stated that restroom use should not be directed by the federal government.

“Today’s announcement fulfils President Trump’s campaign promise to get the federal government out of the business of dictating school shower and bathroom policies,” President Tony Perkins said in a statement. “The federal government has absolutely no right to strip parents and local schools of their rights to provide a safe learning environment for children.”

The Trump administration made clear that bullying and harassment will still be impermissible, and “[a]ll schools must ensure that all students, including LGBT students, are able to learn and thrive in a safe environment.”