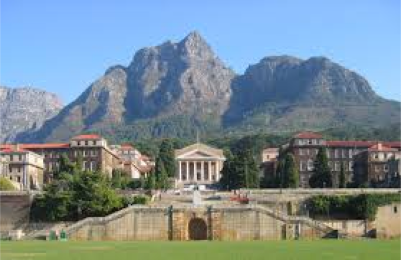 [notice]An open letter by Philip Rosenthal of ChristianView Network in which he reports on a radical ‘sexualities’ policy which is being proposed at the University of Cape Town and urges Christians to take preemptive action.[/notice]

A sexual revolutionary activist group called HAICU employed on the staff of the University of Cape Town is trying to secretly get the university to adopt a policy that would give them the powers to persecute Christians as was done earlier this year to to SRC leader Vice Chairperson Zizipho Pae.

Furthermore, it would allow males who call themselves females access to female-only facilities such as residences, showers, toilets etc thus putting women at risk of sexual abuse as has already occurred overseas. Email Max
Price at vc@uct.ac.za to urge rejection of this policy and the disbanding of HAICU.

Please find attached the UCT ‘Draft Sexualities Policy’, which is currently a secret document not being shared with many members of the UCT SRC and UCT Society Chairpersons. They are trying to push this through under the radar.
If it is passed, it is likely to lead to a hundred times the trouble for religious freedom that Zizipho Pae had to deal with.

The policy, proposed by the UCT HIV/AIDS Inclusivity and Change Unit (HAICU), hides its real intent behind pages of politically correct jargon and legal type definitions of terms. In Plain English:

* It prohibits the use of ‘heteronormative language’ i.e. gender distinctive and pro-marriage words like male, female, husband, wife, boyfriend, girlfriend in teaching, institutional communication and all publications by staff and students (i.e. politically correct censorship of all publications on campus including religious ones).

* It requires ‘sensitivity training’ (i.e. brainwashing with political correctness) for academic staff and student leaders , likely to lead to victimisation of those who do not submit as Zizipho Pae experienced and as nurses have had to try to break down their resistance to abortion).

* Requires staff to include literature promoting acceptance of homosexuality in their ‘engagement and teaching’.

* It forces the university to decide gender by ‘self-identification’ for example, if a male says he is female, then he can get access to live in a female residence and share the same bathroom facilities and showers etc – although it does allow for exceptional referral to co-ed residences.

– Overseas, such policies have led directly to the sexual abuse of vulnerable women – e.g. privacy invasion and sexual groping – and it is likely the same will happen at UCT. http://goo.gl/5oyi9g
– Overseas such policies have also led to endless disputes over bathroom signage and usage rights, with cross-dressing men even unwilling to use alternative ‘unisex’ toilets and insisting the right to use women’s bathrooms. http://goo.gl/uZKk6F

* Because it opposes and undermines the standard of real marriage (i.e. a covenantal union between a biological male and a biological femaleas opposed to so-called ‘same-sex marriage’) and in fact prohibits speech to the
contrary (i.e.), it is likely to lead to more HIV infections (contrary to the stated mission of this group). Faithfulness in real marriage is the only secure and long term solution to HIV and other STD’s.

* It would make it a disciplinary offence to violate the policy and requires such to be reported to the HAICU itself, effectively making them into a form of ‘thought police’ – able to bully people and if they don’t listen to prosecute them through other disciplinary structures.

* It may lead to the banning of Christian and pro-moral societies at UCT campus as has already occured at for example the University of California, which has a similar policy – but was regained after a big legal fight.  http://goo.gl/ptpJUs

* It confirms that HAICU is a front for a sexual revolutionary ‘politically correct’ activist group paid for out of your student fees. At other Universities, e.g. the University of California, such ‘politically correct’ thought police bureaucracy has collected an ever-increasing staff – wasting university resources and pushing up fees. https://goo.gl/oeNI1F

* The policy indicates UCT ‘Student Wellness’ (health services) is following their policy on cross dressing students – and adocates training for medical practitioners – this puts these students at risk of engaging in irreversible
and medically dangerous behaviour to try to change their gender appearance (.e.g. the use of surgery and hormone drugs). This is especially a problem for those who later decide to change back but cannot (e.g. after loss of
distinctive male/female body parts). See such a personal story http://goo.gl/aoV7WI

* The policy refers to ‘sexual diversity’ in an undefined manner. The old definition of this was homosexuality, lesbianism, bisexuality and transgenderism. Nevertheless, increasingly this movement has been trying to
add other ‘sexual orientations’/perversions such as ‘leathers’ (bondage & sado-masochists); ‘inter-generational intimacy’ or ‘man-boy love’ (i.e. paedophilia) , ‘swingers'(those sleeping with anyone with no commitment),
‘fetishes’, and giving sexual connotations to any attraction (e.g. ‘sapiosexual’ loving on grounds of intelligence regardless of gender). Since the policy has no sexual boundaries for its definition of ‘diversity’, it is not unrealistic to expect it may be in future be intepreted to include such other ‘sexual minorities’.  https://en.wikipedia.org/wiki/Sexual_minority

Supporters boast that this is the ‘first’ South African university to consider such a policy, which implies they hope it will spread to other campuses. Lets stop the crazy idea at UCT before it spreads anywhere else.

UCT has a close relationship with the University of California, and exchanges hundreds of students annually – which already has such crazy policies and departments and discrimination against Christians – and it is likely the idea may have come from there.

The bullying against Zizipho Pae earlier this year exposed the fascist tactics of these ‘sexual diversity’ activist groups. Such a policy would further ‘institutionalise sin’ and result in more of the same.

The policy cites inspiration from ‘The Yogakarta Principles’, a document attempting to promote a similar but more comprehensive sexual revolutionary agenda. This seeks endorsement of the United Nations agencies, but in fact
has no such official endorsement, with most UN countries having laws not compliant with it – in particular Indonesia, the country of the town in which the conference was hosted was named www.yogyakartaprinciples.org/

The Principles take legitimate legal rights commonly recognised and pervert them, for example prohibiting speech against homosexuality and seeking to make it illegal to try to help a person overcome gender related problems
such as homosexuality or cross dressing. Read more problems with these principles here: http://goo.gl/ezL4vE If UCT was to adopt the policy, it would be endorsement of this radical political agenda.

* We need to ask Vice Chancellor Max Price to reject this policy: Email him at vc@uct.ac.za
* Ask Max Price to disband HAICU. Their staff should be fired or re-deployed to other positions, where they can do constructive work.
* Warn all students, parents and staff, pastors and churches associated with UCT about the policy and its sexual revolutionary implications.
* Pray against this ungodly policy and the sexual revolutionaries pushing it.
* The Policy is currently being considered by the Student Parliament, which includes residence heads and certain members of the SRC. Thus residence heads should be warned of its implications and urged to vote against it.
SRC candidates should be asked their position on it before elections voting.