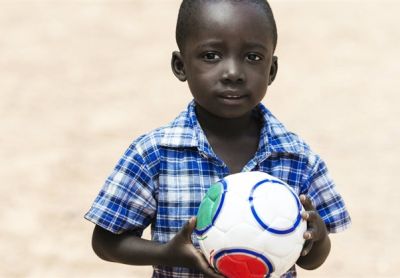 Orphans in Somalia whose parents were killed for their faith by Islamic extremist, Al Shabaab rebels are becoming more numerous – and hungrier, an underground church leader said.

The pastor started a care center for the orphans three years ago in the Somali capital, Mogadishu, as more children of secret Christians were orphaned.

“Last year we lost a Christian family killed by the Al Shabaab, and the number of children rose from 30 to 35,” he said. “The Al Shabaab are now hunting down the children in Mogadishu, and we have moved the care center to a bit safer location.”

The leader has taken the children in because they had nowhere else to go, but he lacks resources to take care of them – the Christian orphans are crying for food, he said.

“The children look devastated and malnourished, so we as a secret church do appeal to our brothers and sisters in the free world to consider extending a hand to these persecuted children,” the pastor said.

The children receive little support from Somalia’s impoverished underground Christian community, and their needs are increasing as some have begun attending school, he said.

The death penalty for apostasy is part of Islamic law according to mainstream schools of Islamic jurisprudence, and Al Shabaab and Al Qaeda adhere to the teaching.

Somali law and societal tradition create an atmosphere of hostility toward non-Islamic faiths similar to that created in regimes that execute apostates. The country’s Provisional Federal Constitution (PFC) does not explicitly prohibit Muslims from converting to other faiths, but leaving Islam remains socially unacceptable in all areas, according to the U.S. State Department’s latest Report on International Religious Freedom.

The PFC provides for the right of individuals to practice their religion but prohibits propagation of any religion other than Islam, and it makes Islam the state religion. All laws must comply with the general principles of sharia (Islamic law), the report states.

The past few years Al Shabaab has lost ground to government and African Union Mission in Somalia (AMISOM) peacekeeping forces.

Rebels from Al Shabaab, which is allied with Al Qaeda, in February 2017 shot to death an underground Christian woman and her son and seriously wounded her husband. The family was asleep at their home at dawn in Afgoi, about 30 kilometers (19 miles) west of Mogadishu, when at least four armed men attacked them shouting the jihadist slogan, “Allah Akbar [God is greater],” and, “We cannot allow the defiling of our religion with a foreign, Western religion,” according to the wounded husband.

The assailants killed his wife, 35-year-old convert Faduma Osman, and the couple’s 11-year-old son, Ahmed Suleiman. The couple’s two daughters, 13 and 7, and their 9-year-old son were able to escape out a backdoor.

Somalia is ranked third on Christian support organisation Open Doors’ 2018 World Watch List of countries where it is most dangerous to be a Christian.