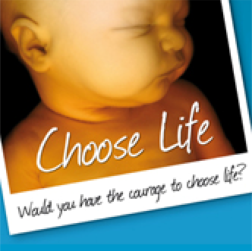 Originally published in The Christian Institute

Several US states have backed pro-life laws recently, including banning a controversial procedure for late-term abortions.

Last week, Oklahoma’s senate voted 37–4 in favour of a Bill that prohibits a method involving using instruments to remove the baby from the womb during a second trimester abortion (at 13 to 28 weeks).

Republican Pam Peterson’s Bill, which only allows the method if the mother’s life or health is at serious risk, was signed into law by the state’s governor Mary Fallin earlier this week.

In Kansas, similar legislation entitled “The Unborn Child Protection From Dismemberment Abortion Act” was signed into law last week, and comes into effect in July.

And last month, West Virginia politicians voted in favour of banning abortion after 20 weeks, when babies are thought to feel pain in the womb.

Faith
The state governor had vetoed the Bill, but the House of Delegates and the senate overturned the decision.

In an earlier vote, a number of politicians quoted from the Bible, with one saying her faith would guide her vote.

Earlier this month, politicians in South Carolina also approved a Bill to stop abortions after 20 weeks, which now passes to the state’s senate.

Unborn children
However, pro-lifers criticised an amendment made to this legislation, which appears to allow abortion in cases of rape, incest or disability after 20 weeks.

Holly Gatling, of South Carolina Citizens for Life, said the change “effectively means there would be two classes of unborn children: those who are protected from feeling excruciating pain because they are found to be ‘healthy’ and ‘normal’ and those who are not protected from pain because they are disabled or due to the circumstances of their conception”.