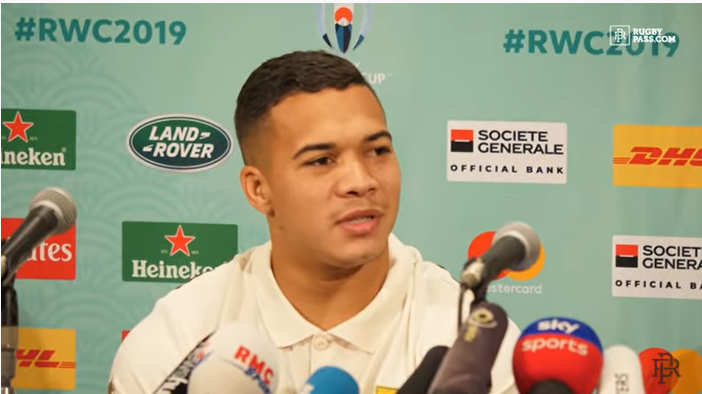 Springbok star wing Cheslin Kolbe told a journalist in Japan today that he will not be worrying about his ankle during Saturday’s Rugby World Cup final against England because he believes God has fully healed him in time for the game.

Responding to a question at a press conference, Kolbe, who has been battling an ankle injury since South Africa’s third pool game against Italy, said his faith is strong and he was leaving everything in God’s hands.