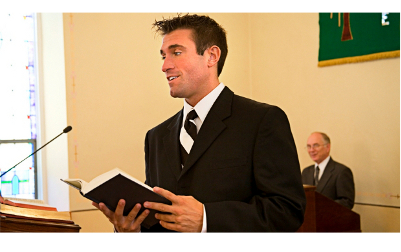 For hundreds of years as missionaries took the gospel to the ends of the earth, depending on the culture they encountered, the Christian community allowed them enormous latitude into how they chose to present the message. For instance, when a missionary worked in a culture steeped in polygamy, he didn’t start by teaching what the Bible said about “one husband and one wife.” He knew the key to changing embedded cultural behavior wasn’t immediate confrontation; it was the sometimes long process of winning trust, developing relationships and earning the right to be heard.

From Sati (widow burning) in some Asian cultures to slavery and tribal warfare in Africa, missionaries understood that it might take years before they were trusted enough to speak against values and customs that had been part of a society for generations. Legendary Baptist missionary Lottie Moon is credited with helping to end the practice of foot-binding in China. Changing this commonly accepted but crippling practice was a massive shift for influential Chinese leaders at the time. But it was only Lottie’s deep and long immersion into that society which earned her enough authority to speak into these kinds of practices.

Today we give the same type of latitude to missionaries confronting Muslim cultures where many who come to Christ desire to remain culturally Muslim. In Buddhist areas, the challenge may be household gods, and in animist groups it’s syncretism. To preach against these practices from day one is to invite expulsion and sometimes physical harm. That’s why being strategic about when, where and how to broach these delicate subjects is critical for impacting these regions with the gospel.

Today, “missions” isn’t just about a remote village in a Third World country. While those outreaches are still critical, the emerging mission fields of the 21st century are the largest urban areas of the world—including the United States. From New York, Stockholm, Berlin, Cape Town and beyond, a new generation of pastors and leaders are planting churches in the most unchurched cities of the world. They face challenges traditional missionaries of the past faced and more, including an unbelieving and indifferent community, often hostile media and aggressive government regulation that can limit new church buildings and locations.

But beyond these immediate obstacles these pioneers are facing a challenge a previous generation of missionaries and leaders never faced. Today, these urban missionaries are being challenged in the media by other Christians.

Past generations of Christian missionaries changed the world, in part because we gave them the latitude necessary on when, where and how they chose to present the gospel. In those days news travelled slowly, and in many cases missionaries were able to spend years working with local groups relatively unhindered. But in the digital era, every decision, interview and statement our new leaders make is tweeted, posted, updated and blogged about.

Suddenly Christian sites post opinion pieces from armchair theologians, and everyone feels the need to weigh in with little or no understanding of context or background. In the Internet age, Christians who’ve never even been to Mumbai feel perfectly comfortable calling a Christian leader working in that culture to task on a wide range of issues.

And when it comes to volatile issues like same-sex marriage, it gets downright ugly. We’ve gone from respecting a leader’s decision on when, where and how to share the gospel to the people he or she is called to reach to forcing leaders to sign a virtual loyalty oath. If they don’t all make public announcements that meet our approval, they’re labelled as compromisers, sell-outs or heretics. We’re effectively forcing these 21st century missionaries to be rejected by the very cultures they are desperately trying to reach, to turn away people before they even have a chance to share the life-changing message of the gospel.

Theology matters. What we believe about God determines the God in Whom we believe. But when it comes to engaging the fastest changing and most disrupted culture in the history of the world, I suggest that we give a little grace to our pioneers on the front lines. They see the challenges firsthand, which in most cases determines how best to connect.

Teachers in urban areas use different methods from those in rural areas to inspire students. Military generals use different strategies for engaging enemy forces in different regions of the world. So why can’t we do the same with the men and women on the front lines of the gospel?

I’m all for vigorous discussion and even debate. But the next time we hear a soundbite, off-hand conversation or media interview from a leader with whom we may disagree, let’s not be quite so quick to criticize on social media, blogs or the op-ed pages of Christian websites or publications. Let’s consider the local situation, the context and the lifelong track record of the person in question. Perhaps most important, let’s remember there is much we don’t know about going on behind the scenes.

In other words, let’s use the power of the Internet to impact, not implode.

Phil Cooke is a media consultant focused mainly on the Christian market, as well as a vocal critic of contemporary American and American-influenced Christian culture. Click here to visit his website.