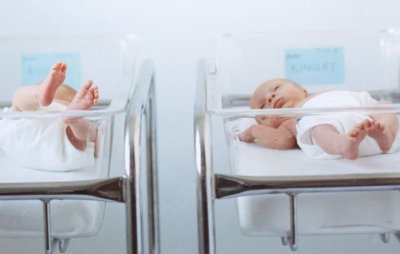 A South African court will rule on the future of two four-year-old girls who were accidentally switched the day they were born and have been raised by each other’s biological mother, officials involved in the case said today (Wednesday, May 28, 2014).

One of the mothers wants to get her biological daughter back, while the other prefers to keep the girl she has raised.

The babies were born on the same day in 2010 at the Tambo Memorial Hospital in Johannesburg but ended up being taken home by the wrong mother, the hospital confirmed, without giving an explanation for the accident.

The families were unaware of the mix-up until one of the mothers underwent tests when her ex-husband refused to pay child maintenance because he believed he was not the father.

“They did a paternity test and it was established that neither party was the parent of the child. They went back to the hospital and it was confirmed they had been swapped at birth,” Henk Strydom, the lawyer of one of the mothers, told Reuters.

“She was absolutely devastated. She was traumatised,” Strydom added. “My client wants her baby back. She is the biological mother of the child.”

But the other mother in the case does not want to exchange the girls, leaving the North Gauteng High Court to decide if the children should be returned to their biological mothers. The names of those involved cannot be published for legal reasons.

The mothers met each other and their biological daughters last year and have been attending joint therapy sessions arranged by the hospital since December.

The court has asked the University of Pretoria’s Centre for Child Law to investigate what would be in the best interests of the children and report back to the judge in 90 days.

“We have been authorised to investigate the matter and to give our report and recommendations. It will be up to the court to make the final decision,” a spokeswoman at the centre said.

Strydom compared the case with a story in the Hebrew Bible when King Solomon unveils the truth after two women claim to be the mother of a child.

“Someone has to make a very difficult decision. It really is a situation on a biblical scale,” Strydom said.