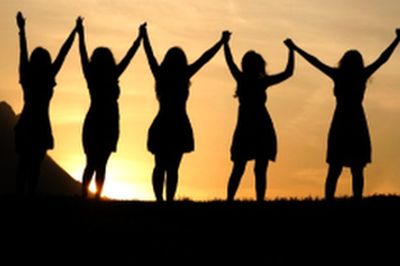 Women’s importance to the MMCs is underlined by the fact that the very purpose of the conferences is to benefit women by encouraging men to return to their families as better husbands, fathers, neighbours and community members through taking their places as the spiritual heads of their families as set out by God’s Word in Ephesians 5: 22-33, Colossians 3:18-21, and 1 Peter 3:1-12.

MMC calling to mentor men
From the first, Angus Buchan’s MMC calling was to mentor men, because of the lack of father role models in South Africa and the common occurrence of men abdicating their responsibilities as husbands and fathers that contributes to the breakdown of the family unit, which is a key building block of society.

The fundamental nature of the father role model encouraged by MMCs is defined by the sacrificial love of Christ who: led by example not coercion with actions that were more powerful than words; was never defensive always unthreatened; was uncompromising but forgiving; was willing to give His life for those he loved; was responsible and accountable, and was both obedient and surrendered to his Father’s will.

The MMC movement regards the healthy relationship between men and women, husbands, wives and children as critical to, and an expression of our relationship with our Holy Father. This is mirrored in the final day of the conference being a family day at which MMC-founder Angus Buchan speaks.

Marlize Moolman, one of two women Karoo MMC (KMMC) organising committee members who also co-ordinates the KMMC Women’s Conference and is the wife of Jannie Moolman, KMMC co-ordinator, says during the past six conferences she has seen the miraculous restoration of many relationships in families between husbands and wives, and fathers with their sons and daughters, as well as men being released from alcohol, pornography, and adultery that benefits not only them, but their wives, children and parents too.

“When a man takes-up his position of loving authority and accepts responsibility in the family all else comes into alignment. Starting in his own life the change ripples-out, expanding through his home to his neighbours, workplace, community and country.”

Testimony of restoration
Ursula Steyn echoes Marlize’s words testifying that her husband, Johann, who attended two MMCs before he gave his life to the Lord shortly before KMMC 2014, stood-up for his family after he was reborn.

“He reclaimed his authority as a husband, father and head of the family, which helped our family relationships fall into place. He encouraged us to worship the Lord openly at home and to attend Church each Sunday.

“By living-out his faith, Johann became a remarkable example for our children and I,” says Ursula who was saved in 1998 and had been praying for Johann’s salvation for 11 years before he finally gave his heart to the Lord.

“It was amazing; when he came back from KMMC he had given-up drinking and smoking. Whereas previously he had often met his friends at a pub after work and only came home late, he gave-up frequenting pubs. Now, Johann has dinner with his family,” says Ursula.

Johann explains that although he was saved in early 2014 he still continued to drink and smoke, which worried him,

“I felt that alcohol not only relaxed me and helped me with stress, but that without it I did not have an attractive personality and I would lose my friends.”

Relying on God instead
However, after attending the KMMC that year where praise-and-worship singer Dewald Gouws prayed for him, Johann was no longer dependent on alcohol, instead he relied on the Lord and abstaining from alcohol and cigarettes was painless.

“Likewise, before surrendering myself totally to the Lord my marriage had deteriorated and I was not there for my children,” says Johann.

“However, after I had thrown myself at the mercy of God, my wife forgave me, our marriage was restored and there was nothing to hold me back from spending quality time with my family and the Lord, as well as establishing a healthy example for my family,” says Johann.

Ursula, who has also been to KMMC with Johann and their children, says the attendance of the Holy Spirit was palpable at the conference, which is a wonderful place to expose children to the presence of the Lord and experience it together as a family.

“Women work 12-hour shifts before and during the conference preparing and serving food to the men; there are women praying 24-7 before-during-and-after the conference; and most important of all are the women of faith who stand beside their men and encourage them to attend the conference — some of them having urged and prayed for their husbands for years.”

Ruthi van der Merwe, the second of the women KMMC organising committee members, who also manages the administration of the conference on a day-to-day basis and, together with her husband Ponnie, markets the event, confirms there are many women involved in supporting roles behind the KMMC scenes.

She says some of the areas in which women contribute to KMMC’s success are: making the arrangements for men to attend KMMC; working at one of the food and memento stalls in the vendors’ area; and contributing to the smooth-running of the occasion by lending a hand at the camp headquarters.

Women encourage their men to attend
“Many women book on behalf of the men and find out the logistical requirements. I’ve had quite a few women booking as a surprise gift for men,” explains Ruthi.

“In fact, most of the enquiries that I receive about registration and accommodation are from women on behalf of their menfolk.

“Many men attend KMMC as a result of the initiative of their womenfolk.”

“On no occasion have I been excluded or undermined as a woman, nor have I experienced anything but being accepted like any other member of the KMMC organising committee team, which is made-up of a caring group of people who place and emphasis team ethics and working together in unity.”

Ruthi reports that more and more men are enquiring about how their wives can be involved at KMMC and about activities for women. A reflection of this is that many men book accommodation in Middelburg for themselves and their wives, and the growth of the KMMC Women’s Conference.

Dave Turner, a Karoo farmer and one of the local organisers of the KMMC who co-ordinates the prayer and intercession for the conference says not only do women contribute both spiritually and materially to the event, but women are inclined to be the most active KMMC prayer warriors and intercessors.

“Without women the KMMC would not benefit from as thorough a foundation and covering of prayer as it does.

“It has been the women, in particular, that intercede during the event and act as a special prayer unit for exceptional situations during the conference while the men are attending sessions,” says Turner.

It is clear that women’s involvement in and support for the MMCs is critical to the conferences’ success at encouraging and teaching men to accept responsibility for their roles as husbands and fathers who extend the sacrificial love of Christ through their families to their neighbours and nation for God’s glory.