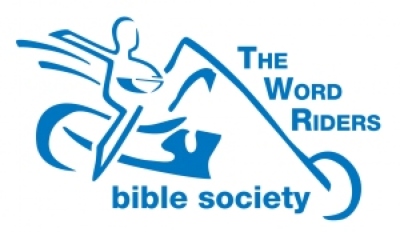 The Word Riders, a group of motorcyclists who took to the road for the first time last year to distribute free Bibles to mark the 400th anniversary of the publication of the King James Bible, are hitting the trail again.

The 15 motorcyclists and their support will be leaving Bible House in Bloemfontein at 12:30 on Saturday ( April 14), for a week-long tour that will take them through the Northern Cape before they return to Bloemfontein.  The first day will take them as far as Vanderkloof and during the week they will pass through towns like De Aar, Prieska, Upington, Kakamas, Keimoes, Kuruman and Kimberley.

There is more to this tour than just motorbikes however. Along the route, Bibles will be distributed among a number of schools to children who cannot afford a Bible of their own. These Bibles are made possible by the Bible Society’s Bibles for the Poor project as well as by funds raised by the motorcyclists.

Furthermore, the event will be used to bring the activities of the Bible Society to people’s attention. On Sunday (April 15) thanksgiving services led by members of the Word Riders team will take place at Vanderkloof as well as in the ‘Ned Geref’ and URC congregations at Petrusville. On the evening of April a 17, a special dinner will take place in Upington where Rev Gerrit Kritzinger, the Chief Executive Officer of the Bible Society, will be the speaker. On April 19 a business breakfast will be hosted in Upington.

Motorcyclists who would like to join the Word Riders for part of the tour, or persons who would like to attend the dinner or breakfast, or support the project, can contact the Bible Society. Phone Mims Turley on 083 255 5765 or send an e-mail to biblia@biblesociety.co.za