With moves afoot to ban religion from schools and secular, humanistic values governing society at the expense of Christian norms based on God’s word, it is an important time for Christians to gain advocacy skills that will allow them to respond in an effective manner to the daily infringements on their rights and freedoms as provided for in the South African Constitution, according to Dieter von Fintel, who is working together with the Stellenbosch Theological Institute that is presenting a Christian Advocacy training course from September 18 to 20.

The training course will be addressed by Vinay Samuel and Chris Sugden from the Oxford Centre for Religion and Public Life. Other speakers include Errol Naidoo from the Family Policy Institute and Andrew Marsh from Christian Concern in the UK. Advocate Nadene Badenhorst who is the Legal Counsel of Freedom of Religion South Africa (FOR SA), a Christian organisation working to protect and promote religious freedom in South Africa, will also contribute.

Von Fintel says Christians need to get serious about advocacy in order to defend their rights and promote Christian values in circumstances in which religious freedom, Christian education, and ethics based on God’s Word are under attack.

“The average Christian in South Africa is not aware of how they are able to stand up for their morals in public life, however, there are increasing attacks on Christians’ values.

“Christian people should know how to defend their principles and advocate positive change within the language of a secular world. 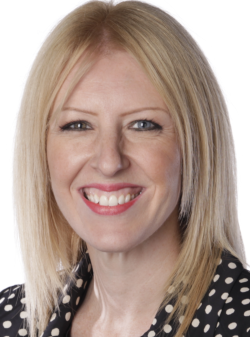 “The advocacy workshop will equip those attending with the knowledge to both defend and promote Christian values in a bold and confident manner so that the general public can understand what it is that Christians hope to change and why it is important, not only for Christians, but for the whole of society.”

Badenhorst agrees with Von Fintel: “The Billy Graham Foundation recently stated that the fight to uphold religious freedom is the most pressing issue facing America today, and FOR SA believes the same holds true in South Africa”.

Referring to the recent legal action by a secular group against six “Christian schools” in South Africa, she explains that the systematic onslaught on Christian values is coming closer and closer to the home and family affecting each one of us and our children; influencing our ability to freely believe, teach, raise our children and live our lives according to the ways of God.

“The battle is on two levels. Firstly, on a government and legislative level where increasingly we see policies and legislation being introduced that threaten Judeo-Christian and family values, often seeking to replace those values with secular humanistic values.

“Secondly, on a judicial level where we are increasingly seeing pastors, Christian ministries and Christian business people being taken to the courts, the Human Rights Commission and the Gender Equality Commission for their Christian beliefs.

“We cannot sit idly by and watch as one-by-one our beliefs and values, which we hold most dear, are being eroded and replaced by secular humanistic values. As Christians, we have to stand united, speak up and act decisively. If not us, then who and if not now, then when?

“”The Advocacy training is important because it will serve the dual purpose of equipping us to effectively engage and act with regard the issues, and awakening our hearts to understand the seriousness of the hour, to recognise what is happening in the US, UK and Europe, and realise that the same secular humanistic agenda that is being driven in those countries is also actively at work in South Africa.

“It is for us, as Christians, to stand up and be counted, to be the prophetic voices speaking into the issues of the day, in our different arenas – whether it is in government or Parliament, in the marketplace, in our community or our social environment, our family or in our church. ..

“The advocacy workshop will educate and equip us to make a difference in our different spheres of influence,” says Badenhorst.

“While we see a lot of interest from organisations promoting Christian values publically, we feel individuals would benefit from learning about the channels available to activate change.

“For instance, if there is an issue to do with broadcasting, do people realise they can approach the Broadcasting Complaints Commission (BCCSA) or participate in public hearings conducted by the Independent Communications Authority of South Africa (ICASA), the regulator for the South African communications sector? If there is a new Bill in Parliament, do Christians know that they can, as individuals, use the systems of public accountability to defend and lobby for Christian values and advocate for change?” asks Von Fintel.

He says the workshop will involve a number of case studies that will show the process that others have gone through. For example, Andrew Marsh from Christian Concern in the UK will share his extensive experience of running media campaigns and how to get the broader public aware of important issues.

“The programme content starts off with Biblical foundations, but focuses on practical issues like identifying the key concerns, analysing and tackling the problem, and which institutions to engage to overcome the challenge effectively.

“The speakers have in-depth advocacy experience and have been a part of the public debate in the UK extensively,” says Von Fintel.

Badenhorst says FOR SA has been invited to facilitate one of the case studies. The organisation has already successfully persuaded Parliament to amend draft legislation so as to protect religious freedom and the autonomy of the Church. FOR SA has also already assisted a number of pastors, ministries and Christian businesses who have come under fire for preaching and operating their businesses according to the Word of God.

“As an organisation, we possess knowledge and practical experience that will assist those involved with Christian advocacy, especially in terms of making legal submissions to Parliament, appearing before courts and bodies like the Human Rights Commission, engaging the media and rallying the Church on issues concerning religious freedom.

“We would like to share this knowledge and experience, and also learn from others who have gone before us and who are also working in this field so that together we can stand against laws that threaten our freedom as Christians to believe, preach and live our lives according to the Word of God and so keep our faith ‘free’ in South Africa. It will be good to meet with like-minded people and organisations to see how we can cooperate, share the load (because there are many battles to fight) and together make a difference.

“I believe that God has strategically placed people in every sphere of society for His purposes (from government and Parliament to courts of law, in business, in schools and universities,  and of course the Church), to be carriers of the Good News of Jesus Christ, and to be advocates of grace, mercy and liberty.

“As God’s ambassadors on earth, we must position and equip ourselves to exercise the authority and influence that He has given us, to extend His will on earth. This calls on us not to shy away from speaking about and responding to the current and often controversial issues of the day, but to be bold and courageous and to stand for that which is good, right and just.

“This advocacy workshop will help educate and equip Christians to be modern-day Nehemiahs who will rebuild and restore that which is broken down in society, and bring about moral and social reform for the good of the nation and for the glory of God”, says Badenhorst.

She says the advocacy workshop will bring together the two aspects necessary for the successful promotion of Christian values in our society, namely a heart that seeks to serve God and bring about godly change in society, and the necessary knowledge and skill that will enable us to do so.

For Christian advocacy to be effective, we need people with servant hearts and skilful hands. It requires moral conviction, boldness and courage to take a stand on often difficult and controversial issues. But, in order to be truly effective, it is also necessary to have knowledge and skill. This training course is a golden opportunity to develop both.”

Von Fintel says the advocacy workshop will also equip Christians in their Great Commission, to make disciples of all the nations, teaching them to observe all things that Jesus commanded.

“Those attending the advocacy workshop will learn how to engage publicly and ensure that the policy environment remains permissive, so that we can preach the Gospel freely in our own country, see people saved in Jesus, live our lives according to the Word of God, and freely raise our children in a Godly way without having to make excuses.

“If any of these freedoms are threatened, then we, as Christians should defend those freedoms and try influence policy makers to allow Christian values to be freely preached and spread.”

Badenhorst says South African Christians must recognise the hour and respond appropriately by placing ourselves in the best position possible, where we possess the necessary knowledge and skill, to make a positive difference for the benefit of our nation and to the glory of God. This is a time to act! (For more information about FOR SA, see www.forsa.org.za)