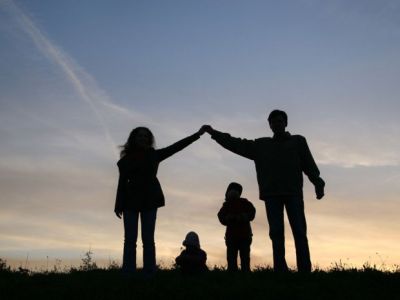 Leviticus 19: 33-35:
33 When a stranger resides with you in your land, you shall not do him wrong. 34 The stranger who resides with you shall be to you as the native among you, and you shall love him as yourself, for you were aliens in the land of Egypt; I am the LORD your God. 35 You shall do no wrong in judgment, in measurement of weight, or capacity.…

The above scripture is very clear about God’s instruction and command as far as how foreigners should be treated but it seems that in South Africa either this scripture is not known or we are a country with fellow citizens who do not respect it much. Xenophobic attacks are on the rise again in South Africa with the latest reported in Durban KwaZulu Natal and Gauteng provinces following what many feel were irresponsible words from King Goodwill Zwelithini when he said that foreigners must pack up and go. Graphic images of a man burning; families running for their lives; the gruesome images of the Mozambican Emmanuel Sithole getting stabbed in Alexandra among others have gripped the nation.

When I saw the images of the burning man; fathers and mothers carrying their kids running away trying to save their lives I cried! I cried for my family members and friends who are in South Africa from other African countries. I cried out to the Father for their safety.  I found myself apologising to some of them for acts that I didn’t even do. I felt utterly helpless about what is happening to our country. It was not so long ago that we were forced to deal with the ugly truth of racism in the Rhodes Must Fall campaign and here we were again as a nation having to deal with another demon that is xenophobia. Racism and xenophobia are called by different names but they have the same root: that of hating people who are different to you. God has called us to love one another and to treat each other as we want to be treated.

It affects us all
There are far too many families whose lives are disrupted when xenophobia hits and it is not just foreign African nationals. Xenophobia is not just a problem for the poor African nationals. It affects all of us, rich and poor. It affects South Africans from all races and Africans from all the countries of this beautiful continent. At the core though it affects normal families who are trying to make ends meet. The reality is that the Sithole family now have lost a husband; they lost a father; their son is no more. The reality is that their breadwinner is gone. There are children who will grow up without a father. There is a woman who became a widow because her husband was taken away. At the heart of the stories that we read and the images we see are real lives. Real lives of people who are just like you and me! People who love their children who are going about their lives being responsible citizens who strive to live at peace with others. Who can explain why Sithole was murdered? As far as the reports go he was no criminal who lived by the knife or gun. Sithole was a victim of a society that is at war with itself. The heart of our nation is bleeding. We need as the church to start living out the love of Christ in practical ways in our everyday lives.

There are many South African citizens who are married to African foreign nationals and I always wonder how they are able to deal with xenophobia in their families. They love South Africa! It is their home but they love their spouses who come from other countries. What does one do in that situation?

In 2012 on the TV marriage series, Renewed Love, my husband, Rest, and I interviewed such a couple. Bernard and Thembeka Likalimba are based in Johannesburg. Bernard is from Malawi and Thembeka is from KwaZulu Natal.

Below is a part of the transcript of our interview with the Likalimbas on the aspect of them coming from different cultures and different countries:

Bernard: We met more than 14 years ago. I was at the University of Natal and also had some friends who had some associations at the township that she was from so I visited the township. There was a show; a concert where she was a judge so she was right in front so it was easier to see the view was just right (Laughter). We started as friends and now are married

Neziswa: You are from Malawi; when you told your parents that I saw this beautiful girl from South Africa how did they take that because I am sure they would have loved that you marry a Malawian?

Bernard Likalimba: You know I was lucky to have parents who were so flexible in the sense that whenever I had to make decisions; whenever I had to explain to them; they would understand. They would support it. As soon as I told them that I found a woman that I am going to marry it was very easy for them to say well we think what you are doing is the right thing. We will support it. Make sure that your choices are the right choices. Wherever you think that we can support you let us know.

Rest: Of course that advice does not only come from parents; you have friends; neighbours; uncles. Did they ever influence your mind considering that she is from South Africa and she is Zulu?

Bernard: What you are saying is true because when we went to the township with my friends, I had very good support and encouragement from these friends. I don’t remember a time when I was discouraged by friends but it is all about exposure. I had the opportunity to expose my friends to the humanness that she has because if you have humanness everyone can see it.

Ubuntu
Neziswa: It’s all about Ubuntu isn’t and you Sisi, how did your family take it because honestly Zulus are very proud of their culture and traditions; so when you first told them what was their reaction?

Thembeka: For me it was a bit of a challenge because when I met him we started as friends. When I introduced him to my family some of the family members they accepted him and some were reluctant. They were asking if I was serious; you really are going to do it?

Rest: What was that? Are you serious/ you really are going to do it?

Thembeka: You know as South Africans we have this thing of foreigners; they are going to eat you!  What if he is married back at home? Maybe he left kids and a wife you know. I had to convince them by bringing him more to our family so they will come to understand him. You understand a person when you are more close to them. The more he came to my family we will sit; we will eat and chat that’s when they came to understand that this guy is actually serious.

Neziswa: Now that you are married how do you marry the two cultures in your family now?

We are just human beings
Bernard: Let me start by saying the human factor of just being human plays a big role in human interaction. Cultural beliefs or behaviours; everything that is influenced by culture mostly I find superficial. In the aspect of me coming from Malawi and her coming from South Africa we don’t even see it. When we are here; when we are sitting in the house I see my wife. She sees her husband. That humanness tends to go beyond everything. It overtakes the aspect of culture. Life goes ahead within that context of we are just human beings.

Bernard Likalimba said a universal truth in that statement that at the end of it:  LIFE GOES AHEAD WITHIN THAT CONTEXT OF ‘WE ARE JUST HUMAN BEINGS’.

Whether what makes us different from others is the colour of our skin or we come from different countries at the core of it we are human beings.

Will there ever be peace in our nation and will we ever win the battle against xenophobia? I find comfort in the following scripture in Psalm 146:9 The LORD watches over the foreigner and sustains the fatherless and the widow, but he frustrates the ways of the wicked.

Our God has promised to fight in frustrating the ways of the wicked. He will watch over and sustain the Sithole family who are now fatherless and widowed.