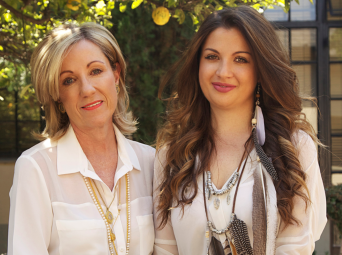 Our economic situation is bleak, especially if you are in debt. Our Rand is devalued, we are having one of the worst droughts recorded with the highest temperatures ever, but we are in the best country poised for those who will hear a word from the Lord as to what to do with their lives. It’s the time for entrepreneurs, for worshipers, for the prophets, for ministries to arise; it’s a time for God to break through, it a time for faith to arise.

God has promised He will never leave nor forsake us. His love for us is so great. However this does require that we should seek Him out, knock on the door. Spend time with Him and He will gladly answer. God is not deaf that He cannot hear, neither is He blind that He cannot see the plight of our nation.

We have scanned the Net for leaders who have been in the presence of the Lord, people who have good reputations and bring you their contributions: They are groups of prophets both locally and internationally. It is not the full number of prophets, but just a small group.

2016 and 2017 promise to be years of great victory, a time of character building, a season when the Spirit of the Lord can and will move mightily. A time when we will hear the voices of the youth rise up in the name of the Lord, where old men will dream dreams, where new songs will be heard and songs of deliverance sung. Where mothers will arise in the night to pray for their children and children’s children and the power of the Lord will fall again in meetings as has been promised years ago, a time where a great and mighty move of the Spirit will happen. A year of ‘suddenlies’, a year where God breaks through and has His way in the impossible.

Doug Addison
If you look at what Doug Addison writes in his 2016/7 prophetic word, he speaks about the move of God in relation to the Jewish calendar. In his prophetic word for the body of Christ he starts by quoting from Psalm 24:7: “ God is moving quickly and opening up some ‘gates and ancient doors’ which are spiritual gifts, callings and lost assignments. This will usher in God’s presence in unprecedented ways. These are the five things God showed me that He is doing in the next two years: All of them are based on the number 24, which symbolizes new leadership and authority. He highlighted 24 hours, 24 days, 24 weeks, 24 months and those who are 24 years old.

Lana Vawser
Then if we look below at what Lana Vawser from Brisbane, Australia has to say – it certainly lines up with what Doug Addison says:

“I felt the Lord say that 2016 would be a year of the greatest demonstration of divine rest of heart, mind, soul, and body for many, but also the greatest demonstration of acceleration that they have ever seen. It will be a place of shaking off the shackles of driving and seeing Him break off and bring deeper healing to any parts of the soul, which will cause a ‘pushing forward’.

“This invitation will require a greater trust in the Lord and His timing and ways. These ‘slipstreams’ are going to go in different directions in some ways to how many have anticipated He is going to move and ‘when’, but as the people of God allow the wind of the Spirit to carry them in this slipstream, there is going to be greater ground taken, greater manifestations of His power and Spirit, greater fruit for less effort.”

She goes on to say: “Abundance, provision, and manifested blessing are going to break through in 2016 in exponential ways.

“In the year of 2016, a great vindication is coming over the pioneers. It will be like Joseph, when there was great favour over his life and it was evident that the Lord was with him as all he touched prospered. Genesis 39:2-4.”

She goes on to say:  “I saw the Lord ‘changing the time’ on a clock over the pioneers in 2016. He was accelerating time, and a season of double divine suddenlies is being ushered in over the pioneers. In the testing of the heart, testing of obedience, and the strengthening of character and intimacy with Him, the Lord is ‘adding to’ the pioneers in time, resource, breakthrough, and refreshed vision.”

He says: ‘Prophetic Keys and Timing

“I hear the Father saying that He is raising up the ‘unlockers!’– those that have been given keys of: authority, revelation and assignment. They are being released to unlock plans and purposes in regions and territories. They have been commissioned by the Spirit of the Lord.

“I see prophetic keys being given to the servants of the Lord in this hour. I see key revelations being provided that access realms of deliverance and breakthrough for the people of God.”

[See the transcript at http://www.elijahlist.com/words/display_word.html?ID=15554 ]

Cindy Jacobs
Cindy Jacobs from Generals International has released the early summary of the round table of prophets.  We have taken the liberty to give you the synopsis of the message delivered at Trinity Church Cedar Hill TX

“Be strong in the Lord and in the power of His might. Contend for greatness.  We are a supernatural people. He is the King of Glory and He makes the difference. Don’t let past disappointments determine your future.

“God’s leaders will connect on a global scale on each mountain of society to see the Kingdom of God made manifest. Something is happening worldwide, it’s not just America.

“Leaders will rise up that understand Biblical economics.

“Leaders will arise in their leaderships in their societies and will connect globally to bring about global solutions to the 7 mountains in society.

“We will see even nations turn to the Lord and rise up. A sifting between the sheep and goat nations will occur.

“The flood of violence planned globally can be averted with prayer – the Church must arise in prayer.

“There is a great awakening coming like that of David Wilkerson and Nicky Cruz.  God will be found in the schools and universities. We are in a Jesus movement time. It will be like the days of Phillip.

“This is the year the tide turns.”

The full transcript from the Apostolic Council of Prophetic Elders for 2016  will be released in mid-January by Generals International.

Janet Brann-Hollis
Janet Brann-Hollis of Ruach Ministries in South Africa says: “As we have spent time and reflection, the word from Haggai 2:6. Haggai speaks of the promised glory of the new house; people are His greatest and most valuable resource to establish His kingdom purposes.”

“God has a future hope and great plans for the church as they intentionally deal with and address these issues of hidden agendas and compromise. A need for agreement and unity of the Spirit, in the midst of the diversity will propel the church forward into the next season that lies ahead.

“Haggai chapter two speaks into the building and establishment of His Church in order that our labor would not be in vain.

“I see a new wineskin amongst the Leaders of the church. God is preparing you for greater responsibility, for sanctification and holiness. I see the scripture:  1 Thessalonians 4:4 – … One of you should know how to possess his vessel unto sanctification and honor. There will come stricter judgment on leadership in the church in these coming days.

“God is not pleased with the CELEBRITY SPIRIT, which is pervading the church at this time.  As leaders we are called as SERVANTS of the most High God, not called to parade wealth, status and position in the Kingdom. Greater emphasis must be on how to serve God’s people better in this time, in order that Christ would be formed in them.  Romans 1:1 – Paul, a servant of Jesus Christ, called to be an apostle, separated unto the gospel of God.

“To those who have been faithful, I see many more signs and wonders being released through the Church in this next season, as a hunger for God’s presence continues to grow. Many will be healed in the presence of God, through the corporate anointing.

“I see Jesus being enthroned in His church, and a great outpouring/revival amongst the youth, as God creates a hunger and thirst within them for something new and something real. Leaders, begin to prepare youth for this outpouring.  I see youth in their hundreds/thousands beginning to worship and praise God, as they gather together in stadiums and large corporate gatherings.  Youth leaders from around the nation will gather together as they prepare for these corporate gatherings….  Many of the elder generation will be left speechless as they witness the outworkings of the Spirit of God through the youth in this time.

“I see a remnant of God’s people rising up, watching and waiting for the next season that He will take the church into. They are eagerly expecting Him to move, they will be counted amongst the five wise virgins, amongst the three hundred of Gideon. God is building His church. He is releasing a Kingdom mentality and a Kingdom mandate upon the fivefold leaders of His church. Church will look far different in the future, as a body rises in the earth, taking on their heavenly Kingdom assignments.”

Suggested action
We suggest you read all the full transcripts for yourself, discern carefully and respond in accordance with the Word of God in love. Remember, none of us has the full answer when seeking the Lord for the future; we are only given a part of the answer. Learn to hear the voice of the Lord for yourselves. Do not neglect the gathering of the saints and encourage one another as you see the day of the Lord approaching. Fall in love with the Lord Jesus and His Word like never before and spread His Word to all you meet.

We are full of faith and hope for South Africa. We know that God has His hand on this country and is going to do marvellous things. Far greater than we can imagine. He will do a sudden work. His name is great and greatly to be praised. We wish you and your families a Blessed and God-led 2016.