Capturing the heart of the company of prophets gathered at Gariep Dam, September 30

Janet Brann-Hollis (Ruach Ministries), Anita Giovionni (Crocus) and Pastor Andries van Heerden gathered together prophetic people from around the country at Gariep Dam to seek the Lord for strategy and direction for South Africa.

God is moving us into something we won’t recognise, something new something different.
Revival isn’t an event.
God will move sovereignly, God will spark a fire. The sounds of bells were heard and one saw angels surrounding the gathering.
There have been different streams but they feel that the Lord wants a stream that will flow together.
There is a unity coming in the body of Christ
There has been a shattered and scattered people.
The presence of God is the only thing
We can only live in the presence of God
It can be a move of God but if it is not from His presence then it’s nothing.
The Lord is raising up the multitudes to raise up the harvest.
The season of delay is over.
God is giving us the keys of the Kingdom and blueprints from Heaven
There is now the wind of His purpose
After Elijah has had his monumental battle – God asks ‘Where are you?’
But, God knows — it’s time to step up.
God is in the still small voice.
As the anointing increases so must the hearing from God
God’s Kingdom is moving forward.
Do not go past your due date.
It is a season to look up and look out. The harvest is ready.

Has God called you onto the wall?
Quoting from the book of Nehemiah Tyrone encouraged the leaders to use their places of influence to win souls. He intimated one does not become a cup bearer to a king and have access to the king for no rhyme nor reason. Its Kingdom work and influence. It’s onto the building of the walls with purpose with focus and determination. He challenged the leaders not to be needs-driven in the work of the Lord, but led of the Lord. After all it took Nehemiah a hundred days to work out the motives of his heart. Daniels held no reserve as he “threw rocks into our ponds” or as one could say “shot our holy cows”. If one was going out on mission with an expectation of red carpet treatment, city banners welcoming you as you jet into town, he shot that holy cow right down to the ground with a reminder that our mission was not always a welcomed one. There was a nervous giggle here and there as spines shifted. “You better be sure that God called you.”

So I suggest you read the story of Nehemiah. It’s tough stuff. Otherwise you will bomb out. There is the valley of Ono. Don’t waste time in the valley of Ono. Get on and build the wall. Your task is significant. He went on to say: “Why should the work of God stop when I get to the valley of Ono? In other words, don’t get side-tracked by the issues of discouragement and timings. Discern which alliance you should be involved with and get on with the task at hand.

However, he continued, don’t be heartless. “You must love His sheep. You must look after His sheep.” Later he said: “We have to protect the relationships in the church. Go for covenant relationships. Work out your differences. If you’ve been hurt, ask God to help you get healed. So you can forgive miscommunications.” He prayed for unity.

Heart for the nations
If Paul said for us to have a heart for the nations then Daniels certainly caught this fairly and squarely. Graphically he challenged us not just to pray for a nation, but to get amongst the people, be authentic, real, like the guys in the book of Acts where they took the living Christ onto the streets to the people, amongst the people. He recalled his Dad Dudley Daniel talking about church and its authenticity and relevancy. The need for it to be real and full of power on the streets where the people are.

‘Take a dart. Where the dart hits on the world, go there and minister. Be strategic. Nations are calling. We cannot neglect the uttermost parts. We are called as believers of Christ. “I believe God gives Churches to cities.”

Road trips amongst the people

From Thokoza to Hammanskraal and Randfontein 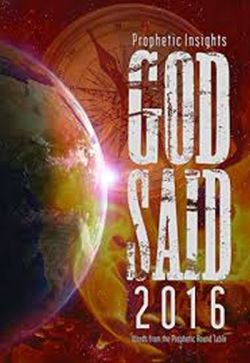 Singing with everything they have – from the depth of their being – “Jesus, break every chain. Lift Jesus higher”. With a reverence for the Lord that is truly humbling. There is no second guessing as to what the people want, when the altar call is made the entire church of 400 respond with unified ease like a thirsty man in the desert. No cajoling, no smoke machines — no, just hearts crying for their one and only Father God.

What can we say? We are a beautiful nation, made of magnificent people groups from many tribes and tongues. Desperately crying for the presence of God. Meeting with Abba Father, giving their lives to Christ being filled with Holy Spirit. Seeking for more of His presence and so the river of God grows wider and wider in spite of who and what we are.

We stand shoulder to shoulder as teams work together from different church groups to reach the ever growing river. No man takes credit but the Lord, no one is exalted but Jesus, Who breathes on it but the Spirit of God and only God the Father is glorified.