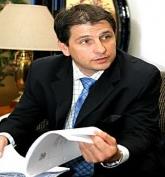 Writing in his news and commentary blog African Christian Democratic Party (ACDP) Provincial Leader in the Western Cape, Grant Haskin, takes the City of Cape Town to task for its inadequate response to illegal abortion advertising on the city streets. He also calls on the City to drop the R2500 fine and charges against pro-life activist Peter Throp who is due to appear in court on Monday, November 12 in connection with placing pro-life stickers over illegal abortion adverts.[/notice]

The ACDP is shocked and appalled at the lack of appropriate response by the authorities to the proliferation of illegal advertising of illegal abortions in Cape Town in particular.

Since abortion was legalised in 1996, it is estimated that some 900,000 unborn babies have been killed in South Africa. The South African Medical Research Council confirmed in their 2008 publication “The 2nd South African National Youth Risk Behaviour Survey” that ‘49% of abortions undergone by young girls between the ages of 13 and 19 took place outside a hospital or clinic and were therefore likely to be unsafe’. Illegal advertising continues to play a major role in promoting these unsafe and illegal abortion providers. These illegal adverts, mostly with false claims that the abortion is ‘safe’, ‘pain-free’, ‘quick’ and ‘cheap’, are plastered on poles, at public transport interchanges including taxi ranks, bus terminuses and train stations, on walls, electricity boxes, and the like, yet it seems the authorities are not doing enough about it. While attempting to protect the life of surely the most vulnerable amongst us, the unborn child; in an attempt first to remove, and when that failed, to block out these illegal adverts; and in an attempt to prevent the exploitation of vulnerable women for personal financial gain, Mr. Peter Throp was instead fined R2500 by the City of Cape Town and threatened with court action should he persist. He has refused to stop his campaign and the DA-governed City of Cape Town are now taking him to court – he appears in early November 2012. The ACDP is appalled at the DA’s response.

Instead of prosecuting Mr Throp, Mayor De Lille and the DA Governed City must, at least:

The South African Police Service (SAPS) must assist the City in this regard by investigating, arresting and prosecuting these illegal abortionists accordingly, instead of responding, as they have before, by saying that it is not their problem because this kind of advertising is ‘like selling a car’. The ACDP is appalled by their attitude and lack of action. Likewise, we call on the Department of Justice to prioritise this kind of crime within the court system so that the message to illegal abortionists, to stop their unscrupulous, exploitative and illegal activities is clear.