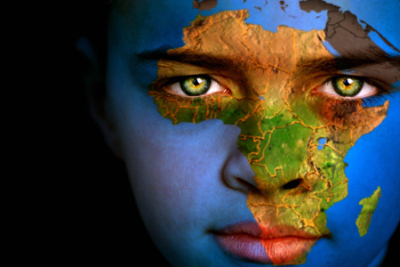 [notice]With Africa set to become the continent with the fastest-growing population in the coming century, what will this mean for global Christianity and missions? — Originally published in INContext Ministries’ World In Motion, Issue 81[/notice]

The United Nations Population Division, which tracks demographic data from around the world, has dramatically revised its projections for what will happen in the next 90 years. The new statistics, based on in-depth survey data from sub-Saharan Africa, tell the story of a world poised to change drastically over the next several decades. Most rich countries will shrink and age (with a couple of important exceptions), poorer countries will expand rapidly and, maybe most significant of all, Africa will see a population explosion nearly unprecedented in human history.

If these numbers turn out to be right – they’re just projections and could change significantly under unforeseen circumstances – the world of 2100 will look very different than the world of today, with implications for everyone. It will be a place where today’s dominant, developed economies are increasingly focused on supporting the elderly, where the least developed countries are transformed by population booms and where Africa, for better or worse, is more important than ever. (Washington Post)

From a global population perspective: Findings from the report show that Africa’s current population density is very low compared to Europe and East Asia, but that is likely to change dramatically over the next ninety years as the continent’s overall population is expected to quadruple. As the population of Africa grows, political and social dynamics will change, the burden on natural resources will increase and that will stimulate their relations with the rest of the world or cause it to collapse. Nigeria is expected to see the most growth over the next 100 years, with the population likely to increase by a factor of eight.

Over the past 50 years, the growing populations and economies of Japan, South Korea, India and China have, to some extent, changed the world and continue to do so. And now, according to this report, Africa is expected to grow even more than Asia. While Asia’s population from 1950 to 2050 is expected to grow by a factor of 3.7, Africa’s population from 2000 to 2100 may grow by a factor of 5.18.

The New African magazine, in May 2013, published a panel discussion on the future of Africa that concluded with the statement that Africa has the highest economic growth potential of any continent in the world today. 40% of Africa’s population is under 35 years of age, making Africa the ‘youngest’ continent in the world. With these population figures, consumer expenditure in Sub-Saharan Africa is projected to rise from the $600 billion in 2010 to $1 trillion by 2020.

From a Christian perspective: The growth of Christianity in Africa over the century of 1900 to 2000 has no parallels in the history of the Christian faith (compared to other centuries of growth). This growth, along with rapid growth of the Church in Latin America and Asia, has been happening at the same time as the Christian faith saw massive decline in Europe. These growth patterns have already altered the ‘face’ of Christianity, with most believers now found in poverty-stricken, developing third world regions.