South African farmer and evangelist Angus Buchan is trusting God to move mightly in the hearts of Catholics and Protestants in Northern Ireland when he shares the gospel with them at the Odyssey Arena sports and entertainment centre in Belfast this weekend (May 27 and 28).

The 15 000-capacity arena, which is rated as one of the six top indoor event arenas in the world, was chosen as a neutral venue that would make it as easy as possible for both Catholics and Protestants  to attend, said Buchan in an interview.  “It is an indoor stadium, the biggest one in Northern Ireland.  It is at the waterfront in Belfast.  I am not a priest or a reverend, I am a farmer, and  we are trusting that that is going to bring the two groups together.” 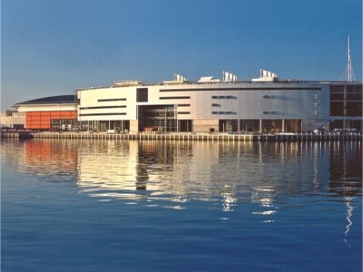 In June last year Buchan addressed 7 500 people during a 3-day outreach, billed as “Maize n Grace”, at an equestrian centre in the Northern Ireland village of Fintona . He said it had been an “absolutely  amazing” time and that both Catholics and Protestants had responded positively and whole families had attended.

“I think that there is a real hunger in Ireland for the truth.  As we know, from Europe and Britain and from Ireland, many missionaries have gone all over the world, but they are in a state of darkness at the moment and we trust that just by preaching the simplistic gospel of Jesus Christ, getting back to grassroots in other words, that it will bring revival there,” said Buchan.

Asked what he expected from the weekend, he said: “The only way reconciliation will come is when Jesus Christ is the central figure.  It is the same in our beloved South Africa.  It is only Jesus that can make the difference and that is exactly what I am going over to tell them.  I believe it will work because it has worked here, as you know, with the Mighty Men Conferences, and we are believing for nothing less than Holy Ghost revival!”

Buchan said he was first invited to minister in Ireland after some Irish men came across to a Mighty Men Conference in Worcester in the English Midlands. He said he had found that  South Africans were very well received and loved in Ireland. “The fact that my family came from just over  the pond, and it is not a very big pond, I think that this is very important.  God doesn’t make mistakes.  I was brought up in a Scottish home, my parents both came from Aberdeen, so a lot of the ways and the traditions I see that I do naturally are actually things that I think God prepared me for, before I was born.”

More information is available on the event organisers’ website.