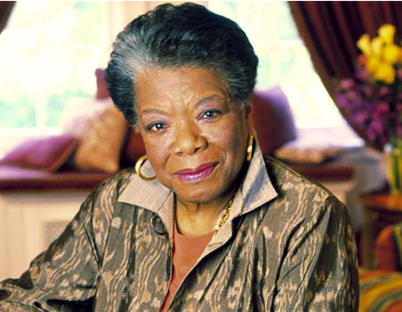 Notable poet and essayist Maya Angelou died on Wednesday (May 28, 2014) at the age of 86 at her home in Winston-Salem, USA.

Aneglou is perhaps one of the most influential black authors to come out of the 20th century. While she is best known for her writing, including I Know Why the Caged Bird Sings, she was also a political activist, actress, director, playwright, composer, singer and dancer-and outspoken Christian.

Born Marguerite Ann Johnson in St. Louis Missouri, Angelou was raised by her strong Christian grandmother. However, the author said she wasn’t satisfied with simply accepting the faith of her family, and explored a wide variety of beliefs before becoming a Christian.

It wasn’t until her twenties that Angelou became a Christian. After a series of occupations, including working as a fry cook, prostitute and night club dancer, the poet says she found God through the encouragement of her mentor, Fred Wilkerson.
Wilkerson invited Angelou to the Unity Church, a Christian movement focusing on education as a means to spirituality. Because she was skeptical of the Church, Angelou decided to take a class to understand its theology.

She told Oprah that she picked up a book titled “Lessons in Truth” while taking the class. One of the lines in the book stuck out to the writer; it simply said, “God loves me.” Angelou read the words aloud several times before it brought her to her knees it tears.

“It still humbles me that the force which made leaves and fleas and stars and rivers loves me-me, Maya Angelou,” she told Oprah.

“It’s amazing. I can do anything, and I can do it well. That’s why I am who I am. Because God loves me and I’m amazed at it and grateful for it.”

“This love…allows us to forgive…it’s something beyond explanation, and it can be used for any good thing you can’t explain,” she continued.

After serving as the coordinator for the Southern Christian Leadership Conference and working as a journalist in Egypt during the days of decolonization, Angelou went on to write several critically acclaimed biographies and notable poems, including one titled “Christian.” Several lines in the poem reveal her deep, unshakeable faith in Christ: “When I say…”I am a Christian”/I don’t speak of this with pride/I’m confessing that I stumble/and need CHRIST to be my guide.”

While religion and spirituality permeates much of Angelou’s writings, she refused to be confined to any one particular denomination.

“When I am on the coast it is my church. It is a Methodist church. And I belong here [in North Carolina] to a Baptist Church. I simply refuse to be controlled,” she said.

Affectionately referred to as Dr Angelou, the professor never went to college. She has more than 30 honorary degrees and taught American studies for years at Wake Forest University in Winston-Salem.

“I created myself,” she has said. “I have taught myself so much.”

Angelou was also a staunch political activist, working with her close friend Martin Luther King Jr. during the civil rights movement. Later, she campaigned for and supported President Bill Clinton.

In November 2013, at the age of 85, Angelou was presented an award for “Outstanding Service to the American Literary Community.” She was introduced that night by her friend, author Toni Morrison, who said of Angelou, “Suffering energized and strengthened her, and her creative impulse struck like bolts of lightning.”

From her wheelchair, Angelou dazzled the crowd by singing a verse of a spiritual: “When it looked like it wouldn’t stop raining, God put a rainbow in the clouds.”

While Angelou’s illustrious career places her among the most influential black authors of her time, she acknowledged that her success a gift given to her by God.

“When I say… “I am a Christian”/I’m not trying to be strong./I’m professing that I’m weak/and need HIS strength to carry on.”