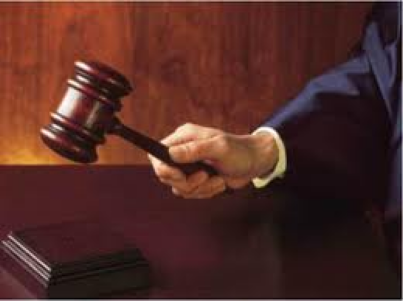 [notice]Pastor Bongani Mgayi exposes a lie of the devil that keeps many Christians from speaking out when they should.[/notice]  Any Christian or pastor will regularly come across the catchphrase “don’t judge me.” This phrase in its various guises is both disarming and confusing, serving sometimes to emasculate, bind, humble and scorn those it is directed towards.

This week my wife and I watched in amazement, a television commercial for a clothing retailer. The advert featured Tshego Seakgoe, introduced as a Playboy model, cat-walking towards the camera, while stripping off her clothes in a provocative way. In the background a female voice over said: “To the rule makers, I’ve got some rules of my own: don’t tell me I am too young, too tall, to skinny, too anything … don’t order for me, don’t choose for me, don’t think for me, don’t tell me my choices are right or wrong … and one last thing … don’t and I mean don’t tell me what to wear.”

The phrase could be expected, if one was to comment on this advert. Just imagine the media frenzy if one was to write to the retailer or to the media house objecting to the advert. The rebuttal would feature the famous last words: “don’t judge … ”

Dictionary definition
The online dictionary, Dictionary.com, defines judging as follows: to pass legal judgment on; pass sentence on (a person); to hear evidence or legal arguments in (a case) in order to pass judgment; adjudicate; to decide or settle authoritatively; conclude about or assess.

The dictionary definition is in line with that laid down in 1 Corinthians 6: 1-6. Here Paul described judging as settling grievances or disputes, deciding on lawsuits or matters of this life, or trying cases.

So based on the dictionary definition or that laid down by Paul, a Christian or pastor is far from judging when they comment on the behaviours or actions of others. To judge is to look at the law, decide on the merits of a case, issue a verdict and issue a corresponding penalty.

The Pharisees judged the woman caught in adultery and decided, based on the law that she should be stoned. That is judgment.

Rightly, Jesus is the ultimate Judge, because He holds the fair and just standard for justice and righteousness. So, when people say, “only God can judge me”, they are somewhat correct. But they are incorrect when they expect others to keep quiet about their bad behaviour or actions.

According to the Pauline definition, we are not even close to fulfilling our Biblical mandate to “judge.” Paul wrote to the Corinthian Christians to correct their error: “Do you not know that the saints will judge the world?” The presenting problem was that the Christians at Corinth were going to secular courts of law to ask the magistrates there to decide between the Christians on domestic or other disputes.

Paul required Christians or the people of God to approach other people of God to resolve their disputes. This is what the judges during the time of Moses were instituted for; what Solomon did when presented with the case of two women fighting over a child; and what Jesus offered as a solution to grievances in Matthew 18: 15-17.

Intimidation, emotional manipulation
Based on this definition of judging we are far from judging when we speak out against sinful or inappropriate behaviour. Our speaking out is a stumbling block to the workers of evil; our talking frustrates the plans of the evil one. So, Christians and the Church are being systematically silenced through intimidation and emotional manipulation of those who wield the “don’t judge me” phrase.

Another weapon in the devil’s arsenal is our lack of understanding or knowledge. When we speak up or comment on wrong, we are told we are judging and we are silenced. Christians and pastors alike have fallen for this lie of the devil.

We now talk about grace, not judging; we say Jesus Himself will judge one day; we urge others to live and let live. We have succumbed to pressure.

Have we forgotten about John who spoke up against Herod for taking his brother’s wife (Mark 6: 17-18)? John was not judging, neither is the Church when it speaks up. John was offering a Biblical perspective on the actions and behaviour of Herod.

Get your voice back Christian. Go on; offer your opinion and view on current issues, on your friend’s life, on the government, on other Christians, on the music, adverts and films on TV.  Just make sure that whatever you say is based on the Bible and within sound Biblical context.