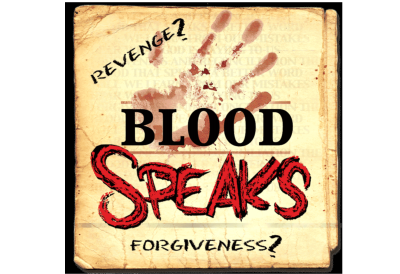 “Do you live by fact or truth?” That was one of the challenges posted in the drama “Blood Speaks”, performed in Bloemfontein just before Easter. Pastor  Cornelis van Heyningen from  Our Father’s Home started a project 14 years ago, creating a drama about the Armenian nation and the incredible challenges they had to face.  Almost a hundred years ago the Armenian nation became victims of the first genocide of the twentieth century. The blood of innocent victims can lead people to seek revenge or extend forgiveness. This choice is explored in the drama.

Gregory, a man from a noble family, served King Tiridates of Armenia.  After it was found that Gregory was a Christian, he was persecuted. However, in 301 AD, Gregory was God’s instrument to convert the king.  King Tiridates supported Gregory and the whole nation was converted to Christianity, becoming the first nation to convert to Christianity. Since the eleventh century Armenia was ruled by different Muslim Turks.  However, under the Ottoman regime, the Armenians were severely persecuted. Amongst other ways of torture, thousands of Armenians were sent on death marches into the desert, without food and water. It is estimated that between 1915 and 1918 approximately one and a half million Armenians were killed. On April 24 each year, the start of the Armenian Genocide is commemorated.

The blood of the innocent can speak revenge, but can also speak forgiveness. In the drama “Blood Speaks” the fact is shown how Gregory was persecuted. But the truth was that God still had work for him. The suffering of the Armenians in the dessert was a fact. But the truth was that one must forgive to be able to go on with your life. Facts have lead to many wars. But the truth can lead people rather to forgive. Suffering and injustice are facts. But the truth is God’s love and forgiveness, the truth of Christ’s crucifixion and the new life He makes possible.  The lingering question of the drama: Will you let facts or truth be the decisive factor in your life?

Van Heyningen wants to tour the country with “Blood Speaks” in 2015. He also envisages a film, portraying the power of forgiveness. “We want to state through the example of Armenia, how the earliest Christian nation can speak to the present world though a message that blood speaks truth about freedom through forgiveness, or blood speaks facts about destruction through revenge. The message challenges Jews, Christians and Muslims to forgive one another through the example of Jesus Christ who said on the cross: “Father forgive them, for they don’t know what they are doing.” (Luke 23:24)