“We want to make music that is a backtrack to revival!” says Grant Clifton, worship director along with his wife Bernice, at Breakthru Life Church in Johannesburg. Recently, Breakthru Worship, as they call themselves, completed their first live album recording and are excited to launch it at the Kingdom Come Conference in April.

Grant shares their story here about how this project came into being: “Last year, towards the end of September, we hosted our annual Spring Conference here at BLC. We were honoured to have Dan Mcollum and Keith Ferrante from California with us. They both prophesied over us and the team, saying that God was going to release new songs for our nation and beyond from BLC.

“As the project was developing, each song came out of different encounters with God, messages that were being preached at BLC, and even prophetic artworks. We wrote a theme song for the conference, called Kingdom Come. The song is a song of hope, crying for more revival in our land. We felt a strong stirring in the Spirit as we sang it for the first time.

“Jumping ahead to 2018, by February, miraculously we had seven songs ready for recording — seven songs filled with hope, joy and vision for South Africa. 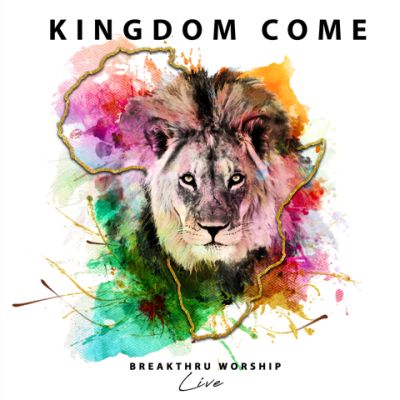 “We were also informed that Sean Feucht, the main worship leader from the USA, who was meant to lead most of the worship at the Kingdom Come conference, would no longer be available due to the expected birth of his fourth child. The conference organisers felt then instead of pursuing the option of getting another worship leader from abroad, that we need to rather have a local flavour when we worship together at Kingdom Come. Hence, every person in the worship teams at the conference is from our beautiful continent. This also set up a great opportunity for us to release the album and share songs of revival for South Africa, with South Africa.

“Early in March, we did the live recording at Breakthru Life Church. God’s presence was powerful as we sang words like ‘Bhodla Konyama ya kwa Judah, Phesukwesiswe (Roar Lion of Judah over this nation)!’

“With just two days of post-production, the album was sent for final mixing and mastering, and will be ready to be launched at the Kingdom Come Conference.

Grace for creativity and acceleration
“What astounded me with this project was to feel God’s hand on the process, and His grace for creativity and acceleration. In all the projects I’ve been involved with before, I’ve never seen something of such quality and presence come together so easily and quickly. All I can see is that God is in this, and that His heart to see worship rise from Africa, worship that’s passionate and celebrates the diversity of what He’s doing in our land. We can’t wait to share the music with this nation!”

For more information, please visit www.breakthrulife.co.za or follow Breakthru Life Church on Facebook. The music will also be available on digital platforms after the Kingdom Come Conference.