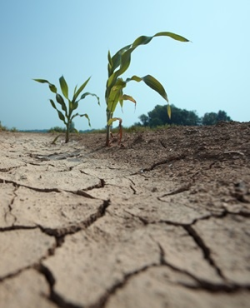 Jericho Walls Prayer Network and the South African agricultural industry association, Afri SA, have called on South Africans to come together to pray for an end to the crippling drought that is affecting large areas of the country.

Jericho Walls has asked churches to make time during services on Sundays November 15, 22 and 23 to pray into the drought situation. Other Christian groups including weekly cell groups, Bible study groups, youth groups and prayer groups are also urged to pray for an end to the drought which has held some areas in grip since last year. It has published prayer guidelines (see later on this page) to assist intercessors.

Agri SA prayer day
Agri SA’ president, Johannes Möller has called on citizens to support a day of prayer on Friday, November 27, 2015 at Nampo Park in Bothaville, Free State at 10am.

Möller says that agriculture is experiencing climatic extremes of an unprecedented nature which can seriously undermine farmers’ ability to produce normally and ensure food security in the country.

“The wave of dissatisfaction and concern among people around working conditions, service delivery, corruption etc. detracts from a peaceful society and contributes to the polarisation of communities,” he says. He urges people to respect one another’s rights, promote good values and, in the spirit of nation-building, support one another.

In a letter calling for churches and Christian groups to pray about the drought crisis, JWPN says:  “It is our duty and responsibility as Christians to come to God our Father, to humble ourselves before Him, to pray for mercy, and to call people to return to God,” says JWPN.

The letter includes the following guidelines to assist people in praying into the drought:

It is important to do at least these things:

Our repentance must include the following:

As a church we need to repent before God:

As believers we need to repent before God for what is wrong in our government:

As believers we also need to repent before God for what is wrong in our nation:

After confessing these sins and humbling ourselves before God with godly sorrow, let us join in pleading with Him to send us rain.  He explicitly says in Scripture, that when we humble ourselves in His presence that He will send us rain.

When I shut up the heavens so that there is no rain, or command the locust to devour the land, or send pestilence among my people, 14 if my people who are called by my name humble themselves, and pray and seek my face and turn from their wicked ways, then I will hear from heaven and will forgive their sin and heal their land. 15 Now my eyes will be open and my ears attentive to the prayer that is made in this place (2 Chronicles 7:13-15).

Father God, we acknowledge our dependence upon You as the only God who can send rain. Please let it rain again in our land. Restore to us all crops, and livestock, in Jesus Name. Amen.