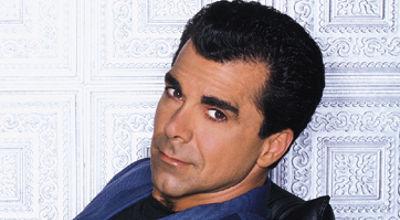 Christian music veteran Carman has raised more than $233,000 to fund his first independent album in a decade.

Christian music veteran Carman, who was diagnosed with incurable cancer earlier this year, has raised more than $233,000 to fund his first independent album in a decade.

He credited kickstarter.com, a “crowd-funding” website that raises money for creative projects, to help pay for his first independent album and music video.

Launched April 19, Carman’s campaign exceeded its $200,000 goal in 25 days, making it the second most-funded music project on Kickstarter, the singer and evangelist said. The campaign’s deadline is June 18, and fans can continue to make donations.

“I’m so excited about this incredible opportunity we all have through Kickstarter to make something happen as a team and a family,” Carman said. “Cancer pronounced a death sentence, but you have been life to me, rallying me back into the fight and praying me back to my feet. As one fan said on my Facebook page, ‘Look at what Jesus did in three years.’ So as for you and me, with this new project and us working together, the next three years are going to be a blast.”

Carman, 57, announced on his Facebook page Feb. 14 that he had been diagnosed with myeloma cancer, and was given “a three- to four-year window of time.”

His latest album, Anthems of a Champion, was released in January by Sparrow Records/Capitol Christian Distribution. Carman, whose full name is Carmelo Domenic Licciardello, is known for concerts, that “are more like a rock ‘n’ roll Billy Graham crusade than a Christian music event,” his website noted.