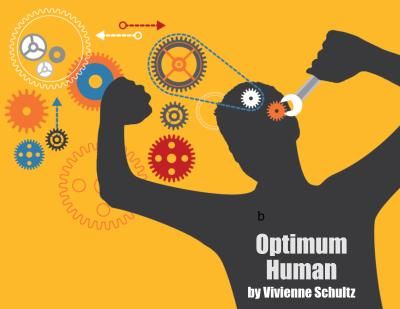 To put occupational intelligence into perspective, first I’m going to tell you a story I read recently:

An ageing farmer was becoming too old to care for his farm, and ready to offer his farm to one of his two sons. When he brought his sons together to discuss his decision, he told them: The farm will go to the younger son, named Will.

The older son, Laz was furious!
“How could you not give the farm to me?! I have worked here longer and have good grades!” he scolded.

“Okay then,” said the father to the older son, “Laz, I need you to do me a favor. We need more cattle on the farm. Will you go to John’s farm and see if he has any cows for sale?”

The father graciously thanked the older son for his work. He then turned to the younger son and said: “Will, I need you to do something for me. We need more cattle. Will you go to John’s farm and see if he has any cows for sale?”

Will did as he was asked. A short while later, he returned and reported: “Father, each cow will cost R3 000. If we are thinking about buying more than 10 cows, John said he would be willing to reduce the price by 15% as they are getting more cows next week. If we aren’t in a hurry, it may be good to wait.

“This is possibly the best option, as it gives us chance to first extend our feedlot area to ensure the cows are having sufficient space. In speaking to him, I also found a place for us to buy much cheaper feed.

“And while we are buying cows, could we not buy more than we need? You know the neighbour has been struggling. If we can buy in bulk and get the discount, why not share the discounted price and let him buy a few cows from us at the reduced price?”

The father tactfully thanked Will for his work.

He then turned to the older son and said: “That’s why your younger brother is getting the farm. He will not only maintain well what I have built up from blood, sweat and tears on the farm, but will also run it according to industry standards, improve and better it for our future generation’s benefit and also for the citizens in the cities who the farm produces food for.”

Low OI follows (sometimes) instructions; high OI builds ecosystems
The thing that most separates the successful independent individuals from the mediocre, dependent individuals is their level of volition. Volition, simply put, is the sum total of the energy with which you act wilfully.

Successful people are always actively willing and trying to improve, knowing that they could always do better.

In our story, Will responded with much higher volition than the brother (to be precise, three occupational intelligence levels higher: B1 as opposed to A1).

Will willingly switched on his volition and connected attentively and mindfully to the situation at hand. He was not just acting passively as a zombie or puppet who followed instructions from the father, demanding a reward for mindless actions. Will was willing to open his eyes, ears and mind to interpret the challenge though his higher brain functions, contributing solutions and new ideas to benefit more than just himself.

Every time a human switches on all components of their brain — both heart and mind — their actions will bring improvement and transformation to the world. It is like a light is switched on in the darkness, giving sight, life and direction not only to the igniter, but to the humans and animals in its wake.

People with high volition can stand on their own feet, are proactive, can anticipate the next step, taking the initiative to do more without having to be asked.

When you are given an assignment at work and you just do the bare minimum and wonder why you aren’t recognised or promoted, it is perhaps time for some reflection.

Successful people don’t just complete the task at hand, they think of ways to improve the existing norms. This is how they get noticed and get ahead.

Successful people visualise their goals first, then anticipate, research and embrace the challenge and risks, put in precautionary measures, then strategically plan the critical steps that must be taken to get to their ultimate goal.

Sadly, the opposite is also true. Laz’s responsiveness offers no contribution, only stagnation and regression.

People with low volition follow instructions passively, waiting for direction from someone else. There needs to be a whole other person wasting their life away to think and apply their brain power on their behalf.

Research has shown that employees with low OI levels can increase raw material wastage by as much as 15%, because they have not yet developed the ability to plan ahead for potential problems.

The saddest part is that our society highly values the meaningless contribution of the Lazzes of the world — those who mindlessly follow instructions (on a good day), who stick to the status quo like impersonal cogs in a wheel. Society does not seem to like the mavericks who change the game.

What do you value? Do you like being in charge of people who should just do as you say? Or is your church or organisation built around a value exchange where every participant is helped to charge up there volition so they can contribute equally?

If your comfort zone has no discomfort and you don’t feel the need to strive for more, that’s okay. But just realise that you will always stay at your current level, passively following directions, without ever contributing personal thoughts or insights to the world.

Moving from being a consumer to a contributor is a choice. Nobody is a born leader.

Every human can grow the OI levels that will enable them to be a changemaker, a provoker of transformation, right where they are. They can proactively take ongoing extra steps in order to get ahead and will find themselves becoming provocateurs of willpower in themselves and in others.

You – and those you lead – can do more
We are all born with the capacity to grow neural pathways in the brain. The problem is that most humans are bred to fit in, and not to transform our world.

So we end up growing only enough neural pathways to get by in life, and shamefacedly shun those parts of our brain capacity — like multi-tasking, strategic out-of-the-box thinking for some, or scrutinising detailed reports for others.

We can only grow if we put ourselves in out-of-comfort-zone experiences where we are crutched to build competency. Every time we overcome a challenge and feel that feel-good “I can!” rush, we are building our occupational intelligence and our willpower.

1. It starts with belief

How about believing that you can, indeed, do more than you think you can? If you, at heart, believe you can’t, chances are that you won’t. The smallest thought of “I can’t” is the beginning of cancer of the soul.

Those humans that apply volition constantly ask themselves questions towards deeper self-awareness, improve themselves, their product, and their brand and they automatically become leaders. We have countless testimonies of participants in our A2B training of how ordinary human beings switch on to the fact of their own potential. Once you realise that you have the same brain capacity as the person next to you, the world is your stage.

3. Find ecosystems that encourage change — or learn how to build them

Our society will transform when not just individuals, but communities small or large learn how to incubate the occupational intelligence of its members, young or old. If you now see that your OI levels are large and that you are dependent on others, find an ecosystem that can help you grow. If you are a leader, understand that any strategy that keeps people dependent on your help, is not really helping. Equip yourself to become a provocateur of volition. This will lead to people helping themselves. And that is the best kind of transformation.

Contact me on info@a2btransformation.com for more information, or to book your spot on the next personal optimisation camp.