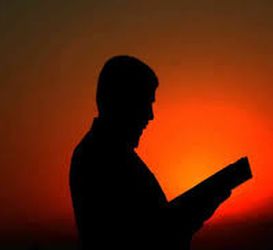 A Christian school in Sandton that was accused of Islamaphobia last week over a letter to parents urging prayer for the salvation of Muslims has apologised for any misrepresentation of Islam and insensitivity in the letter.

The King’s School in Linbro Park was reported to the education MEC and the CRL Commission by activist Yusuf Abramjee after he read the letter that was intended only for parents. The Gauteng Education Department reportedly strongly condemned the school’s behaviour and said they would investigate the matter.

In a statement of apology released this week, the author of the letter, the schools head of student affairs, Bob Fuller, said he did however believe that Christians have every right to pray for the salvation of those of other faiths, reports News 24.

Fuller continued: “…But in the same way, I believe that people of other faiths have every right to pray for the conversion of Christians to their system of beliefs, should they feel that is necessary.

“However, I realise that the way in which I expressed these ideas may have been insensitive. As Christians, our faith requires us to treat all people of all faiths with respect and dignity. If my words did not reflect this, I apologise.”

Fuller added that the purpose of his letter was to encourage the community of The King’s School Linbro Park to “pray for salvation” when they heard a nearby Imam calling for Muslims to pray.

“The spirit behind the letter was one of compassion for individuals, and my prayer is that as Christians, we will continue to engage in a positive way with people of all faiths and in a way that will build bridges and not create divisions. Once again, if I was unsuccessful in expressing this understanding, I apologise.”

“It is my sincere wish that this unfortunate incident will be the starting point of a relationship of mutual benefit between the school and our Muslim neighbours.”