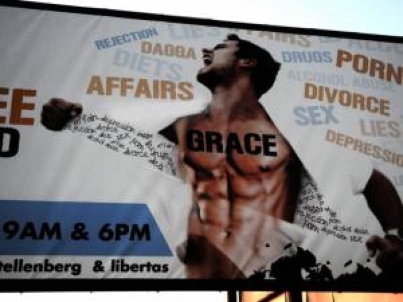 The removal of the word “homosexuality” from a Pretoria church’s billboard has resolved the complainants’ concerns, the Advertising Standards Authority (ASA) Directorate says in a ruling made today.

The ASA says the church said that the billboard aimed to highlight aspects of everyday life that people deal with. It firmly believed that the light of God can free people from any internal struggles, and the billboard was merely an invitation to people to seek help from the church. It was not meant to discriminate against any group. It added that it had removed the word “homosexuality” from the billboard.

Because the removal of the word has resolved the dispute, the ASA Directorate says there is no reason for it to consider the merits of the matter.