Aneen Davies updates Gateway News on her and husband Jeff’s epic two-year film-making safari through Africa and the Middle East to create a film “A Narrow Path” which will be premiered in Cape Town, East London and online soon.

Since Jeff and I were last featured in Gateway in October 2015 we have finished our motorcycle journey from South Africa to Israel clocking up a total of 31 000 km each.

Here are some photographs representing some of this whirlwind journey: 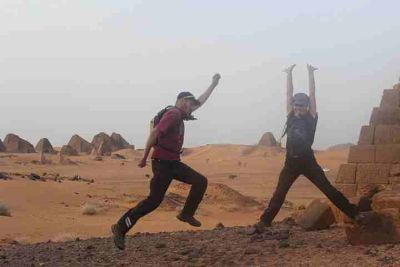 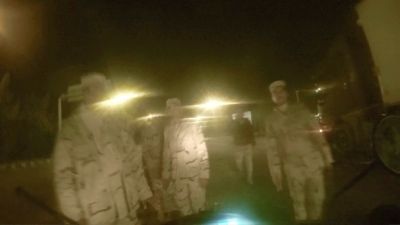 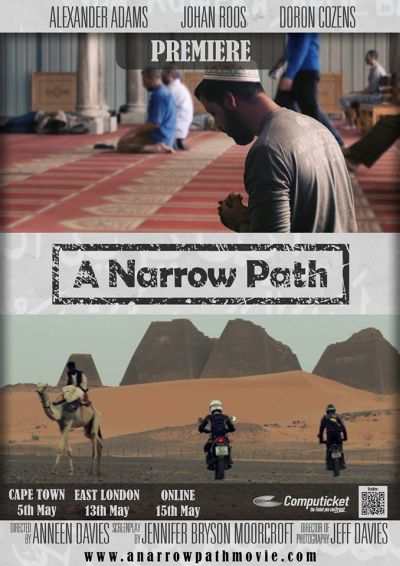 Finally, two years since we left home to start filming A Narrow Path we can announce that the date is set for the premiere! It has been a crazy journey full of ups and down but we are almost over the finish line now. There will be two premieres of the film — in Cape Town on May 5, 2017 and in East London, on May 13 2017. The film will also be released online on Vimeo on 15 May 2017.

You can get film updates and more info by following our facebook page https://www.facebook.com/anarrowpathmovie/ or from our website www.anarrowpathmovie.com for more details about the film. We are open to visiting other cities with the film as well. Please contact us by email at anneen@jayda.co.za or jeff@jayda.co.za to discuss a potential screening.

Here is a brief overview of the film and our journey

Movie synopsis
A Narrow Path is a Christian documentary film looking at interactions between Muslims and Christians in Africa and the Middle East, and encouraging the Church to reach out to their Muslim neighbours. The documentary follows three different story lines. The first is a scripted fictional story about two friends, David and Khalid, one Muslim and one Christian. They meet at University and their friendship grows over the course of a year. Khalid begins to question his faith, David is very keen to convince him that his religion is the right one but only pushes his friend away. Can their relationship survive? How will Khalid’s family respond to his questions? The second story is a non-fictional travelogue following Jeff and Anneen as they attempt to ride motorcycles from South Africa to Israel and along the way shoot a documentary. Through the guidance of Holy Spirit they meet various people that have made sacrifices in order to follow Christ and reach out to others. How will the journey impact Anneen and Jeff? The final story line consists of the formal interviews with experts and Muslim background believers shot by Jeff and Anneen on their journey.

The heart
Jeff and Anneen are Christians who have a passion for missions, the Middle East and Muslims. They hope that through this film they will be able to bless the church by providing facts about Islam and so diminish fear of Muslims, educate people to know more about the religion and ultimately encourage people to reach out to their Muslim neighbours. They hope that this film will encourage mission activity at home and abroad and help people to set aside prejudices against Muslims.

The journey
Jeff and Anneen decided early in 2014 that they felt strongly led by Holy Spirit to take out a year from their lives to travel and shoot a documentary. They feel that film is a powerful tool and that it is underutilised in God’s kingdom. They started making a list of topics that lie close to their hearts and looked at current world events to see what is happening out in the world. After sifting through about 20 possible topics they narrowed it down to two potential topics. These we discussed with friends, family and leaders. This is how the concept for A Narrow Path was born. Since then they have travelled 31 000km through 17 countries, collecting stories from people in the field, scripted, shot and edited the short film component and put together the final product.