Before getting married most people have an idea of how their marriage would be. Whether it’s subconscious or conscious we all have a vision of what we expect our spouse to be like. Some have that vision because of years and years of reading fairy tales. That vision, sometimes, is a result of seeing our parent’s marriage and how they seem to make it look effortless. We think marriage is rosy without the thorns. Reality might be miles apart from what they signed up for and they are left wondering, “is this all there is in marriage? Is this it? “My husband is so distant”; “My wife has lost her beauty”; “She has even lost her heart. That woman was way kinder when we got married. She was gentle. I do not know this monster that I am married to”; “My husband was working when we got married.” He was this; she was that. The vision of what marriage would be like is different than the reality you now live and you are left wondering. 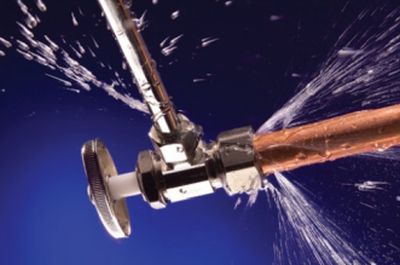 I want out!
Many people live unfulfilled lives in their marriages. Their relationship is a constant nagging. It is routine and one finds himself in a spiral. Is there any wonder then why the divorce rate is higher than it has ever been before? It is high because people want out. They want meaning and excitement in their lives. They regret marrying their spouse as s/he has changed and not for the better. They tell themselves that it is better to get out of the marriage now and not waste 20 … 30 … 40 years in an unhappy marriage. “I want out!!!!”

People who have been married for long admit how hard marriage was in the beginning. How much they wanted out at different times in their marriage. They say that the early years were challenging as they tried to build a life together. They had to decide to work through their problems and communicate their needs and desires to each other to build their marriage to a level of intimacy they now enjoy. They needed to attend to the cracks in their relationship. Anything that is worthwhile needs to be fixed.

About two weeks ago as I was on my way to a women’s event I saw that one of the pipes in my kitchen was leaking. This particular pipe was connected to a cleaning bowl and that cleaning bowl was part of a cupboard where I put my plates and side dishes. It leaked through the cupboard making the plates and everything there wet. The water dripped to the floor. I had to attend to that situation as leaving it the way it was meant that the whole kitchen was going to be wet threatening to spill over to other parts of the house. The situation was threatening the safety of my kids as they could slip and hurt themselves if they walked on a wet floor. Because I was on my way out I put a big towel on the floor to prevent the water from spreading. By the time I got back home that towel was dripping wet. 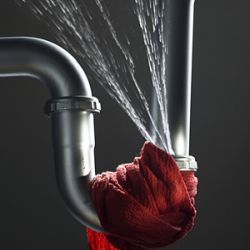 Fixing the leaking pipes
How many people go on through their lives with leaked pipes that are threatening the safety of their loved ones? How many people instead of fixing their lives and marriages just put a towel on it? They find excuses because they do not want to deal with the problem? “I do not want to deal with this not now!!!! We will talk about it later”. They never do. Days turn into weeks; weeks turn into months and months turn into years and they avoid dealing with the dripping pipes in their lives. Their only solution is to ‘put a towel on it’. They put a band aid on their hurting heart. Life continues. It is obvious that the physical leaking pipe needs to be fixed because people can see with their naked eye the danger. With matters of the heart where people successfully hide how they ‘truly’ feel it is not so obvious that there is a problem or people convince themselves that they are ‘just fine’ whereas they can see that something has changed in the relationship. The spouse is no longer as vibrant. They are no longer as free with their emotions.

How many people go on about their lives and absolutely refuse to confront issues in their lives for the sake of peace? If we did not fix that leaked pipe it was only a matter of time before one or all of my children hurt themselves; potentially cracking a bone. It NEEDED to be fixed. There are some things that NEED your immediate attention. You cannot wish them away. You need to get your hands dirty and fix them because they are a threat to your family. The situation cannot continue the way it is and not lead to a separation or divorce. If you are to make the vision you had for your marriage a reality there are things that have to be dealt with. If you want to go to the next level in your relationship there are things that you need to confront. For growth to happen there is pain and sacrifice that is a required. For growth to happen in a family a woman goes through pain and labour. She sacrifices nine months of discomfort and pain as her body goes through the different changes.

There will be a season of sacrifice and pain but enduring that will lead to the vision. If you want more companionship and intimacy in your relationship, in your marriage you will need to throw away some things. They might be pride; unforgiveness; lying; harshness; impatience; unfaithfulness … whatever it is you cannot have the marriage that you dream about without letting some attitudes go. Fix what needs fixing. Ignoring your problems will not make them go away. Ask God for the grace to go through the hurt and the pain.