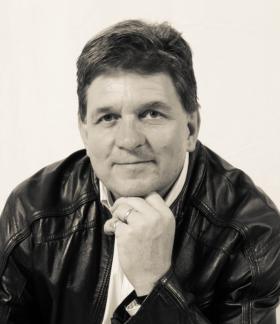 [notice]Cape Town pastor Michael Swain answers questions (see below)  from Gateway News about his calling into an arena that is increasingly capturing news headlines and challenging Christians to respond effectively.

Announcing Swain’s appointment, Andrew Selley, Founder and CEO of FOR SA (Freedom of Religion South Africa) said: “We are delighted to announce the appointment of Michael Swain as Executive Director of FOR SA. Michael will form part of the leadership team of FOR SA (together with myself, Moss Ntlha, Michael Cassidy and Adv Nadene Badenhorst), and will be hands-on in the operations of FOR SA. We are grateful that the Lord has added someone of Michael’s caliber and competence to our team, and are excited for the direction and input that he will bring as we continue to protect religious freedom in South Africa”.[/notice]

Q: Tell us about yourself?

A: I was born and educated in England, living in London and studying law at the University of Bristol before taking the decision to immigrate to South Africa in 1983. Since arriving in Cape Town, my crowning achievement was to marry my wife Julia in 1988 and to raise our two beautiful daughters, Kathryn and Emma!

I have had a pretty diverse and interesting career, initially in the conference industry where I became the Chairman of the South African Association for the Conference Industry (SAACI) in the Western Cape. A major milestone came in 1990, when I discovered a small campus fellowship with a big vision on UCT called His People. I had an immediate sense of calling to join this church, particularly because I saw the opportunity to use my administrative and business skills to build the infrastructure that was needed to support the rapid growth that took place over the next 10 years, during which time we grew to a membership of several thousand and planted churches in 11 nations.

His People joined a global organisation called Every Nation, and in 2003 Julia and I were invited to relocate to Nashville, Tennessee to be part of their International Ministry Team with the responsibility of overseeing their churches in Europe and Africa. While in the US, I also served as the Executive Pastor of Bethel World Outreach Centre and planted a congregation in Franklin.

In 2009, we relocated again, this time to Stratford-upon-Avon where I worked as the Chief Communications Officer for a privately owned multi-national company and also served on the church planting team for Renewal Christian Centre. However, due to the economic downturn, I returned to Cape Town in 2010 and co-founded a digital marketing business called Dreamsmiths and rejoined the staff of His People shortly thereafter, where I currently serve as a Pastor at the His People Baxter congregation.

Q: How did your appointment as the Executive Director of FOR SA come about?

A: A couple of years ago I was phoned by my friend Andrew Selley, the Lead Elder of Joshua Generation Church (“JoshGen”), who told me that they had been cited in a complaint by the South African Human Rights Commission (SAHRC) for having certain course notes on their website that allegedly encouraged parents to spank their children. I immediately told him that spanking was only a side issue and that the real matter at hand was a potential infringement on freedom of religion since the case could well set a precedent that would prohibit the church from sharing certain Scriptures.

Shortly thereafter, Freedom of Religion South Africa (FOR SA) was formed and it quickly became apparent that there were a number of cases and potential legislation that would have the effect of negatively impacting religious freedom. Over the past two years, I have tracked closely with Andrew Selley and FOR SA Advocate Nadene Badenhorst as they have defended freedom of religion both in the courts and in Parliamentary committees. Earlier this year I opened discussions with FOR SA and offered to assist them in growing the capacity and effectiveness of the organisation. They saw my passion to ensure that these rights are protected and preserved today and for the benefit of future generations. With my background in law and marketing, together with my experience both nationally and internationally in the church, they recognised that I was the right person for this appointment and I am privileged to serve in this capacity.

Q: Why is it important to defend religious freedom?

A: Religious freedom did not just happen. The liberty to choose freely what to believe and how to practice those beliefs is something that has literally been purchased by the blood of martyrs. Freedom of religion is enshrined in our Constitution and it is particularly important to defend it because this right undergirds other critical rights such as freedom of speech, freedom of assembly and freedom of conscience.

The challenge is that although at first glance freedom of religion appears well protected by the South African Constitution, in practice it is not an absolute right and as such it will be balanced against other competing rights when a particular case comes before the court. So while freedom of religion is protected in theory, it is frequently coming off second best.

Q: It is difficult to keep up with the court cases, investigations, and proposed legislation to do with religious freedom. What are some of the hot issues that you are walking into?

A: There are a number of court cases, processes and proposed legislation in the pipeline that pose a significant danger to curtailing and limiting freedom of religion.

The original SAHRC’s interference with parental and religious freedom in the JoshGen spanking case is still in process. The SAHRC has instructed the church to provide a written undertaking that it will remove all references to physical punishment/chastisement or correction from its teaching materials and the Church’s trainers and pastors involved in presenting its parenting course have been ordered to undergo “sensitisation training”. This case has also had a knock-on effect in the proposed amendments to the Children’s Act, which will legally ban spanking in the home and potentially criminalise otherwise loving and law abiding parents.

In what has been billed as “South Africa’s watershed case for religion in public schools,” an NGO known as OGOD has taken six Afrikaans public schools to court, primarily because they openly allow and endorse Christian practice and teaching in their contexts. Should the Court find (as OGOD asks it to do) that it is unlawful for any public school to adhere to or promote a particular religion, the effect will be that teachers and learners will be silenced from speaking or testifying about God in any school context. Christian societies will be banned and doors will be shut to pastors and Christian ministries working in schools. In addition, any schools that adhere or promote other faiths (e.g. Muslim or Jewish schools) will be equally affected by the judgment.

The CRL Rights Commission has just concluded an investigative study into the “commercialisation” of religion and abuse of people’s belief systems, and will soon produce their Report proposing, amongst other things, the legislative regulation of religion. This is a significant interference to freedom of religion since it will give a body, backed by the power of the State, the right to dictate the beliefs and practices of religious institutions. The long sweep of history – and particularly our own very recent past – has proven conclusively that when the lines between church and State are blurred, there are inevitably unhealthy outcomes.

There is also the proposed “hate crimes” legislation, which is due to come before Parliament this year and which is likely to broaden significantly the definition of “hate speech”. This new definition could – for example – make it a crime to quote Scriptures that call the practice of homosexuality sinful. The problem is that as soon as the State is able to gag pastors and individuals from teaching and preaching biblical truth on any subject, it is a dramatic interference in the fundamental mission and mandate of the Church.

Q: What do you see as key goals and challenges as you take up this calling?

A: There has been a notable rise in activism from militant atheists and LGBT groups who are opposed in principle to religion and to the teachings of the Bible in particular. These groups are often not looking for equal rights, but for special rights, and they are skilled at using State institutions such as the SAHRC to carry their cases forward, while those defending their position have to bear the full financial burden of defending themselves. The State is also increasingly using its organs and powers to legislate and interfere in the right to religious freedom, both of individuals and organisations.

FOR SA has a mandate to protect and preserve freedom of choice in religion, conscience, speech and assembly for future generations. We are not asking for anything that the Constitution does not already grant, but we are committed to working actively to prevent both individuals and government from systematically removing or limiting these freedoms. We are calling upon religious leaders and all those whose faith informs and influences how they choose to believe, speak and live out their lives to support our efforts. The alternative is that we may soon find ourselves in a country that embraces freedom from religion, rather than freedom of religion. We need to unite to protect and promote the religious freedom guaranteed us by the Constitution of this country, and we must refuse to allow our rights to be marginalised and minimised in the name of political correctness.