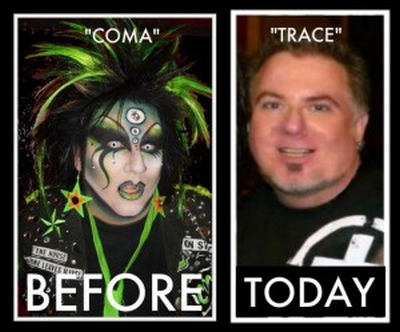 A former self-described ‘Satanic drag queen’ is set to be honored later this month at an awards ceremony for turning his life over to Jesus Christ despite the hatred that he received after walking away from the homosexual lifestyle.

Trace McNutt, formerly known as “Coma,” states that he grew up in a dysfunctional home with an overbearing mother and a distant father. His adolescent years were also marked by much rejection from his classmates, even to the point of regular physical harassment.

“The abuse got so bad that at one point, I had to be escorted by the dean from the junior high school from class to class because I was getting beaten everyday,” he outlines in an online video.

McNutt says that when he left high school, he began to become entrenched in homosexuality.

“I became obsessed with the royalty of the gay community, and that would be drag queens,” he explains. “The fact that these men would go backstage and with just makeup and wigs transform themselves into a complete other creature fascinated me.”

McNutt states that he saw the outlet as a way to be accepted by the world.

“[W]hen I got into the gay world, I immediately realized that the rock status and the royalty of the gay world are the drag queens,” he says. “So, I said, ‘I’m going to do that, but I’m going to take it a step further.’

Connect with Christian News
“I decided that I was going to become … a satanic version of a drag queen,” McNutt outlines.

And so, taking on the moniker of “Coma,” McNutt gained much attention for his eccentric looks and lifestyle. However, it wasn’t long before he found his life spiraling downward due to a drug addiction.

“I hit my own personal rock bottom,” he explains. “I had no car, no job and three days to get out of my apartment. Within the snap of a finger, I was homeless on the streets of Tampa.”

McNutt soon also discovered that he tested positive for HIV.

However, he says that one day, a Christian acquaintance invited him to attend a seminar about homosexuality, and the light of truth began to break through.

“[The speaker] was talking crystal clear, and I realized he was describing my childhood,” McNutt recalls. “I had no natural, healthy bonding with men. There were circumstances that contributed to my homosexuality, [and] at this point, from now on, it was my choice.”

As McNutt began attending church services, he repented of his ways and believed the Gospel.

“I walked away from the gay community,” he says. “I packed up the make-up. I threw out the clothes. I canceled all my appointments. I was starting to be transformed visually and spiritually.”

However, when stopped performing, McNutt states that he began feeling the hatred of the homosexual community. He says that he began being defamed, and received hate mail and death threats.

“One guy told me that he was going to put a bullet in my brain because I was a traitor to my people,” he told reporters.

However, on September 30th, McNutt will receive the first annual Courage Award for Former Homosexuals as a part of the 2013 Ex-Gay Awareness Dinner and Reception, hosted by Parents and Friends of Ex-Gays and Gays (PFOX).

“When gays come out of the closet they are welcomed, but former homosexuals are forced to remain hidden because of defamation by anti-ex-gay extremists and marginalization from American society,” stated Christopher Doyle, Co-Founder and President of Voice of the Voiceless (VoV), who will present the award to McNutt. “It takes a lot of courage for ex-gays such as Trace McNutt to tell their stories, especially considering that doing so brings scorn and punishment…”

“Trace’s experience is proof that when ex-gays leave homosexuality, they are attacked and faced with an unbelievable amount of hostility,” he continued. “In today’s anti-ex-gay climate, talking publicly about leaving homosexuality is truly an act of courage. Trace McNutt is a real hero.”

McNutt says that he no longer has the HIV virus, as doctors have been unable to find any sign of AIDS in his body since turning his life over to Jesus Christ.