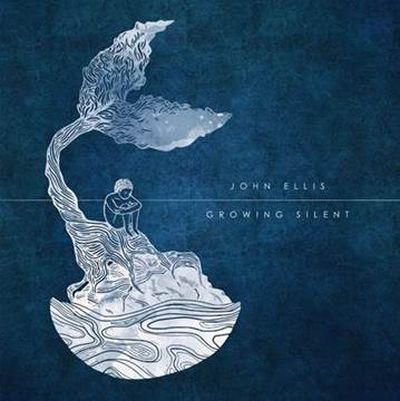 Since his major label debut as frontman for the internationally renowned, GMA Dove Award-winning, local rock band, Tree 63, John Ellis has become a stalwart of the artistic and song-writing community.

Ellis is set to release his fourth solo album, through Christian Art Media, titled Growing Silent today. This is the first time in John’s solo career that an album of specifically spiritual songs has been released.

“I’ve been impacted deeply by Growing Silent… This album paints a beautiful picturesque back drop for a journey through a landscape of deep yet uplifting rhythms and searching lyrics, encapsulated by stunning crisp vocals. John Ellis’ album is a highlight of the South African 2017 music calendar. Circle, High-light, Underline!” says, Edward Geach, Product Manager for Christian Art Media.

The recordings were originally completed in mid-2014, initially intended as a batch of demos during a whirlwind of studio activity over a single week in the June of that year. “The recordings sat unreleased, until this year, when a number of people who had heard them suggested I release them as an album. Three years after the initial sessions, the recordings went through a rigorous remixing and mastering phase to prepare them for this month’s release” says Ellis.

Growing Silent is a brand new collection of original songs penned and prepared exclusively for congregational worship, entwined with vulnerable confessional singer-songwriter moments. Ellis, not usually found collaborating or co-writing, on a rare occasion in 2005, penned three songs with his good friend, Multiple Grammy Award winning singer-songwriter, Matt Redman, in Brighton, UK. The songs Hope Springs Eternal, You Rose Again and Anywhere and Everywhere can be found on Growing Silent, all these years later.

If God was chosen for Tree63’s 2015 reunion album Land and is featured here in its original version. Mercy, the debut single, releases to radio today (lyric video here) and more stand-out tracks on the album are John’s personal favourites too.

“Be Still, It’s such a simple sentiment, almost clichéd in our over-exposed, cynical times, but that one is me preaching to myself. Believe is also very personal, many people were confused by some of my activities post-Tree63, but this song says, “I’m still a believer””. Ellis’ favourite, is the title track Growing Silent which he wrote more than 10 years ago, during his US Tree63 days. “It was an experiment in a certain style of writing, but it has my favourite line in it: ‘a speechless man is sometimes worth a million preachers sounding forth’”.

Ellis’ career spans many years, with songs attracting global success, long before the rise of the internet. Now releasing an album during the height of viral popularity, he insists on remaining authentic. “Since the onset of the concept of ‘popular music’, it’s never been more difficult to make a living writing and performing original music than it is now. The internet has forever altered the landscape of the music ‘industry’. Which is good in a way: more than ever, it’s important to just express who you are, rather than what you think people want to hear. Ambition and competitiveness will always be there, but they are and always have been the very antithesis of real art. You can’t create something good when you’re trying to out-market the next guy. Just be you. No-one else is.”

Although the album contains songs from various eras and aspects of Ellis’ life thus far, he reiterates that he hopes listeners are impacted by his favourite line from Growing Silent which sums up the lessons learnt along his journey. “When we stop our endless torrents of words and noise that we throw at God all day every day, we are able to stand silently before God and, only, then really get to know Him. After all, the first language of God is silence. The more we learn about the true nature of God, the more silent and still we become. Silence is almost the antithesis of modern life; we are the most over-stimulated generation in the vast history of humanity. We are repeatedly encouraged, in the Bible, to be still and silent, things which seem more difficult to do now than ever before. Silence of the heart, silence of the mind, even silence of the tongue, these are the foundations of a contemplative way of life, which is where the deep things of God truly reside.” concludes Ellis.