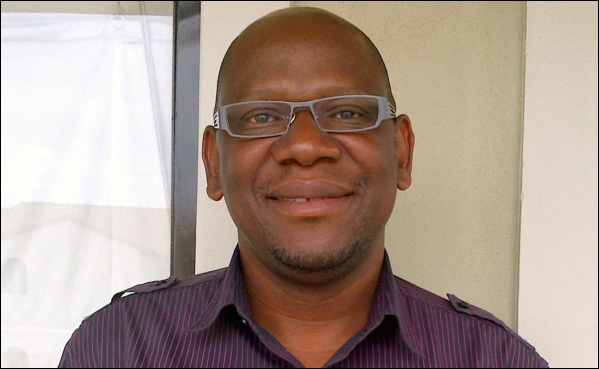 Douglas Baartman was transformed in the dark of night by the light of God from a revolutionary who was about to blow up a government building in the struggle against racial prejudice and oppression to an ambassador for Christ with the ministry of peace and reconciliation.

Baartman, who will be speaking at the Karoo Mighty Men Conference 2012, was born into humble circumstances in Askeaton in rural Transkei.

“The voice of the Lord told me I was not to be a fighter, but I was to be a reconciler and preach the Gospel of Lord Jesus Christ.”

His mother was a domestic worker who had to leave her children, who never knew their father, to fend for themselves while she looked after the children and did the housework of a white family.

Baartman says at the age of nine he wanted to commit suicide as he saw no future for himself; he was frustrated and had no positive vision, dreams or ambitions.

Nevertheless, despite the poverty and disadvantage of having to study by candlelight under the old Bantu Education Department of the apartheid system, Baartman excelled academically to such an extent that he was accepted to study medicine at the University of Cape Town.

Arriving in Cape Town as an angry young man with deep resentments against the despotic political system that separated the races and advantaged white people while repressing other races, Baartman soon become politically active at university and progressed up the ranks of the mid-’80s resistance movement.

His political involvement resulted in him abandoning his studies and visiting Russia before being sent for military training in Africa. He returned to South Africa a confirmed Marxist-Leninist, to continue his studies at the University of the Western Cape and pursue undercover freedom fighting activities.

The night before he was due to take part in the bombing of state buildings he had an incredible encounter with the love of God that changed his life forever.

“I woke in the middle of the night to a bright light in the room and a voice calling my name. Initially, I thought it was the security police, but it was a supernatural light and the voice was spirit not material.

“The voice of the Lord told me I was not to be a fighter, but I was to be a reconciler and preach the Gospel of Lord Jesus Christ.

“I knew it was the Living God speaking to me. At that moment I was convicted of my sins and knew that I had been running away from God.

“Even though I did not know the bible at that stage, John 3:16 came to me, ‘For God so loved the world that He gave His only begotten Son, that whoever believes in Him should not perish but have everlasting life’.

“I received scriptures that night as though they were on a screen in front of me. I saw Romans 3:23 ‘for all have sinned and fall short of the glory of God’.

“I was crying and weeping throughout the night. It was such a radical transformation.

I started speaking in tongues and surrendered my life to Lord God Almighty. Psalm 23 was given to me, ‘The Lord is my shepherd’ … and … ‘Yea, though I walk through the valley of the shadow of death, I will fear no evil’.

“That was the scripture that sustained me the next morning when I had to tell my comrades that I was no longer prepared to participate in revolutionary activities,” says Baartman.

As a result he was on the run not only from the security police, but also from his former comrades who believed he had betrayed them.

“Yet, my life took on a boldness, because I was convinced and had faith that the Lord was my shepherd, that He was guiding me,” says Baartman.

After handing himself over to the police he was imprisoned where he was afraid he would be assassinated.

“However, God protected me and I knew my life was no longer my own.”

When he was released from prison, Baartman knew God had a call on his life and he went to Bible School in Johannesburg where he went through a deep process of repentance.

“I was on the floor in tears every night, because there was so much bitterness in my life, so much hatred, so much unforgiveness, which I realised through reading God’s word that was like a mirror reflecting all my shortcomings.

“Furthermore, because I did not have a place to stay, God gave me an Afrikaans family to stay with that challenged me and brought alignment and restoration into my life through further reconciliation.”

Baartman also met his wife, Edith, at Bible School, which presented another challenge of segregation and reconciliation, because she was from a Hindu background and her parents were not happy or accepting of their relationship.

Reconciliation and forgiveness
“I am still on a journey of cross-cultural reconciliation.

“Today, my major ministry is that of reconciliation and extending the Lord Jesus Christ’s path of forgiveness.

“I know that Christ in me is the hope of glory,” says Baartman.

Douglas Baartman will be speaking at the Karoo Mighty Men Conference 2012 (KMMC 2012), which will take place from April 27 to 29 on the outskirts of Middelburg in the Eastern Cape at Rusoord Farm. Other speakers include Mighty Men founder Angus Buchan and a former policeman, Johnny Louw, who God is using to reach children with the gospel.