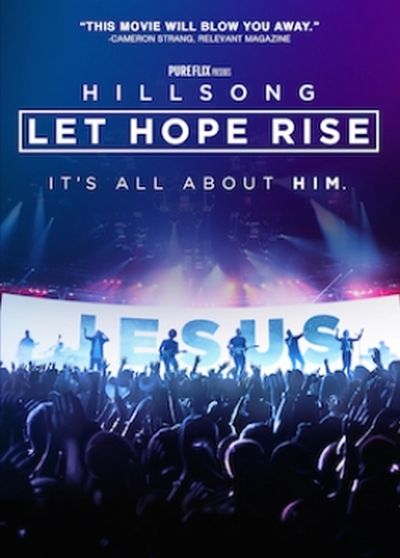 A new motion-picture genre, the theatrical worship experience, launches on the big screen from today — Friday October 7 — with the South African release of the keenly-awaited  Hillsong: Let Hope Rise.

Gateway News readers can win free, double tickets to the inspiring and highly-rated documentary which is showing exclusively at select Ster-Kinekor cinemas. There are also big prizes — including a sea cruise — up for grabs through CMD Entertainment Africa (See ticket giveaway and competition details below).

Hillsong: Let Hope Rise captures the on-stage energy and off-stage hearts of the Australia-based gospel group, Hillsong United, and encourages viewers to partake in live praise and worship while watching the film in cinemas. 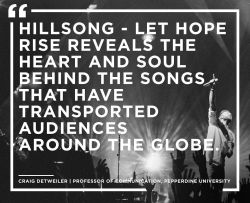 The film explores Hillsong’s humble beginnings and astonishing rise to prominence as an international church, whose music is so popular that on any given Sunday their songs are sung by more than 50 million churchgoers worldwide. Hillsong: Let Hope Rise has been released by CMD Entertainment Africa, the largest independent faith film distributor in Africa.

This documentary beautifully chronicles the power of the gospel in song and in worship. Joel Houston, the worship leader, together with several talented musicians and singers, share a common humility and commitment to serve the Lord. Their song writing and worship reaches millions across the world and at their core is a devotion to love God and love the world. 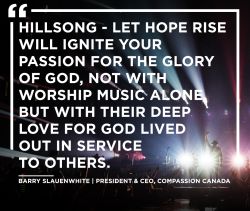 Viewers will also see the song writing process behind popular worship songs including ‘Oceans – where my feet fail’ (with over 65 million YouTube views), ‘Touch the Sky’, ‘Relentless’ and many more.

Hillsong: Let Hope Rise has been awarded 5 stars from DOVE.org: “We are awarding it five Doves as well, our highest rating”, and has been given special recommendation from Movieguide.org as well as a 7/10 IMDb rating. 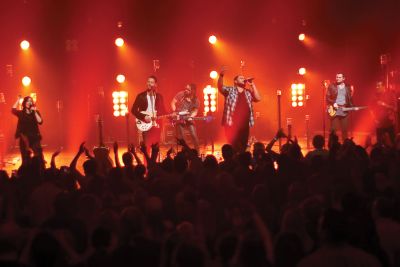 There are special discounted prices for block bookings of 20 tickets or more, and for those church and other groups making use of this facility to watch the film between October 7 and 23, there are great prizes to be won from CMD Entertainment Africa. These include a Christian cruise package for two adults sharing, on the JOY! Magazine Marriage Cruise aboard the MSC Sinfonia travelling from Durban to Mozambique, from February 20 to 24, 2017. This amazing prize, valued at R11 300, includes accommodation for two people sharing (inside cabin) and standard meals on board (breakfast, lunch, dinner. (Ts and Cs apply). 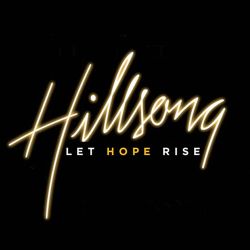 To qualify for the competition, a group photo should be taken at the respective Ster-Kinekor cinema and uploaded to either Facebook, Twitter or Instagram, using #lethoperisesa. Tickets confirming the block booking must also be scanned and emailed to: corlia@cmdafrica.com

Tickets Giveaway
Gateway News will also be giving away double tickets to five readers who like our Facebook page ( www.facebook.com/GatewayNewsPage/), share or tweet this article and email there names, city and cell numbers to news@gatewaynews.co.za with the subject “Let Hope Rise”.

The five ticket giveaway winners will be drawn at 12-noon on Wednesday October 12 and notified thereafter. Please see the list below of Ster Kinekor cinema theatres below that are screening the film before entering the ticket giveaway competition.

The running time of this event film is 104 minutes and it carries a PG classification.

To make block bookings for church and other groups, contact groupsales@sterkinekor.com. For more information about HILLSONG: Let Hope Rise and to make bookings, download the Ster-Kinekor App on your smart phone. To find out what other exciting promotions Ster-Kinekor has on offer, visit www.sterkinekor.com or sterkinekor.mobi. Follow @sterkinekor on Twitter or Ster-Kinekor Theatres on Facebook. For queries, call Ticketline on 0861 MOVIES (668 437) or book at the box office.