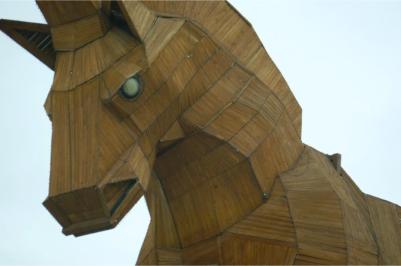 Most people would agree that Freedom of Speech is a human right of paramount importance in any free and democratic society.

While people may have widely differing opinions on any issue, they should be entitled to express them. As Evelyn Beatrice Hall (English author, best known for her biography of Voltaire) said, “I may not agree with what you say, but I will defend to the death your right to say it!”

However, no human right is absolute and the courts have the responsibility to make sure that they are kept in appropriate balance. One of the balances to freedom of speech is that it cannot amount to hate speech.

At first glance, this appears to be fair and reasonable since this has typically been defined as speech which is likely to encourage and incite people to hatred, or to acts of imminent violence or harm against a particular individual or group. A typical example in the South African context would be the now infamous chant “Kill the farmer! Kill the boer!”

However, “hate speech” is increasingly being used as a type of Trojan horse against the right to freedom of speech. By definition, a Trojan horse looks innocent and appears to perform a legitimate or useful function, but in fact it can turn out to be highly destructive.

Potential to eliminate free speech
The danger is that “hate speech” has the potential to eliminate free speech rather than legitimately moderate its extremes. Indeed, Freedom of Speech is only truly valuable when something that is said at least has the potential to offend or upset some other individual or group. The offensive statement may in fact be true – or at the very least believed to be true by the person who says it. It may also be said without any intention of causing any harm and in a different context may be completely legitimate.

The challenge is that the more widely “hate speech” is defined, the more freedom of speech is eroded to the point where political correctness becomes the litmus test of whether such speech is hate-filled or not.

An example of this can be seen in the ongoing contention between LGBTI activists and those who, often for reasons of faith, do not share their definition of marriage and who express concern about attempts to redefine the concept of family.

If the latter group state that their sincere belief and understanding of marriage (which has been the norm for hundreds if not thousands of years) is a life-long union between a biological man and a woman to the exclusion of all others, and that this is the only legitimate context for the expression of human sexuality and for raising children, they are likely to be lambasted for their opinion and they may well face adverse legal and financial penalties.

Today, such statements are likely to be defined as “hate speech”, but the same standard will never be applied to those who oppose their view and label them as narrow-minded bigots, homophobes and intolerant, ignorant fascists.

“Hate speech” in the SA context
The SA Constitution defines “hate speech” as “propaganda for war; incitement of imminent violence; or advocacy of hatred that is based on race, ethnicity, gender or religion, and that constitutes incitement to cause harm” (section 16).

This definition has been extended by section 10(1) of the so-called Equality Act of 2000, which reads as follows: “Subject to the proviso in section 12, no person may publish, propagate, advocate or communicate words based on one or more of the prohibited grounds, against any person, that could reasonably be construed to demonstrate a clear intention to: (a) Be hurtful; (b) Be harmful or to incite harm; (c) Promote or propagate hatred.”

It is evident that the Equality Act has gone further than the Constitution and includes within the definition of “hate speech”, speech that is “hurtful”. One of the primary concerns surrounds who sets the standard of what this covers, since it is very broad and likely to be highly subjective in its interpretation.

These are some of the very questions that the Johannesburg High Court will have to decide in the case of Qwelane v Minister of Justice & Others in August 2016. This case involves an article written by journalist Jon Qwelane in the “Sunday Sun” newspaper in 2008. In the article, which appeared under the heading “Call me names, but gay is not okay …”, Qwelane said he had “serious reservations about their [referring to people who practice homosexuality] lifestyle and sexual preferences”.

The article was based on his strong moral belief that having homosexual relationships should not be acceptable in today’s society and suggested that the compromising of morals could lead to a future in which people might be able to get married to animals. (According to Qwelane, while the content of the article was his own, he was not involved in or responsible for the heading to the article which was the editor’s choice).

Legal action
The South African Human Rights Commission (SAHRC) instituted proceedings against Qwelane in the Equality Court, complaining that he had made himself guilty of “hate speech” against the LGBTI community in terms of the Equality Act. The SAHRC asked the Court to find that Qwelane should apologise to the LGBTI community in South Africa; pay R100 000 damages to a campaign promoting LGBTI awareness; and (at Qwelane’s cost!) undergo “sensitisation training” with an organisation appointed by the SAHRC for this purpose.

The SAHRC obtained default judgment against Qwelane in the Equality Court, which judgment was subsequently set aside. The case was thereafter transferred to the Johannesburg High Court, particularly as a result of the constitutional issues raised by Qwelane – namely that the “hate speech” provision in the Equality Act is unconstitutional (and therefore invalid) because it is broader in scope than the “hate speech” provision in the Constitution.

Although it is true that critical opinions might offend a group of people, he asserts that readers deserve to hear them and to have the opportunity to make up their own minds.

In this case, it may well be true that there are better ways in which Qwelane could have expressed his beliefs and opinion. But the fact is that most (if not all) strong opinions are bound to be offensive to someone.

You just need to find the right person. It is also unlikely that this court case will change the belief of either Qwelane, or the LGBTI community. Both have their own beliefs and, in a climate where true Freedom of Speech is protected and cherished, both should be able to voice these beliefs without the fear of persecution or sanction.

“Hate speech” in a European context
However, there is no doubt that Freedom of Speech is increasingly under siege and the global trends are deeply worrying.

On May 31, the unelected and largely unaccountable European Commission announced that it had agreed on a “Code of Conduct”, in terms whereof the “Big Four” social media / IT platforms (Facebook, Twitter, YouTube and Microsoft) shall remove any post or site promoting “hate speech” within 24 hours of being notified of the offense.

The agreement requires these Internet companies to establish a network of “trusted reporters” in all 28 EU member states to flag online content that “promotes incitement to violence and hateful conduct”.

Remarkably, the censorship of what is (or is not) “hate speech”, has been delegated to employees of these private IT companies. Ostensibly, this policy is aimed at preventing radical jihadist groups from using social media platforms to propagate and incite hatred and violence, but one official EU document sweepingly defines “hate speech” as “disrespectful public discourse” about any group, with no restrictions on what makes something “disrespectful.”

An early casualty has been the Swedish chapter of the Gatestone Institute, which posted a video report of the fact that Sweden now has the second highest incidence of rape in the world and lamented the fact that there are an increasing number of “no-go” areas where Islamic fundamentalism has effectively taken over from Swedish law and social norms.

The consequence of posting this video was that their Facebook page was taken down and only restored, without explanation or apology, after a major public protest and media interest.

This “Code of Conduct” has been rightly criticised as “Orwellian” since the EU’s definition of “hate speech” and “incitement to violence” is so vague that it could include virtually anything deemed politically incorrect. If you are a normal, rational person who holds beliefs that are based in a love of traditional society, reasonableness or truth, these developments (both at home and abroad) should make you very, very concerned.