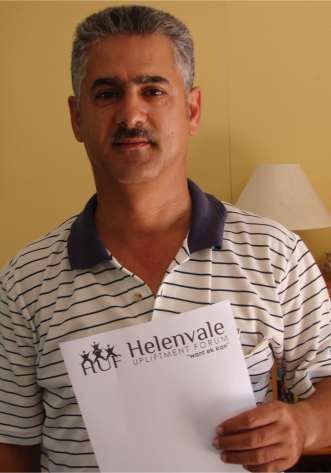 The campaign to bring hope and healing to Port Elizabeth violent crime hotspot Helenvale is gathering momentum ahead of a planned mass prayer walk in the suburb on Saturday March 5.

Helenvale Upliftment Forum spokesman Pastor Tyrone Strydom said today that the forum is holding a leadership meeting in the Helenvale Community Hall on Saturday February 19 to mobilise support for the prayer initiative. “We call on church leaders, prayer warriors and business people from all over the city to join us on Saturday morning. We need to get as many people involved as possible to achieve our goal of 1 000 prayer walkers on the streets in March.”

Pastor Strydom said the forum was established in December in response to the vision of Mount Road Cluster Commander General Dawie Rabie to establish a partnership between the police and the church to take back crime hotspots through prayer. He said a prayer campaign in 2009 had resulted in an 80% drop in shooting incidents but there was a need to recruit an army of prayer warriors to support the small group of intercessors who were currrently bearing the burden of prayer.

The forum aimed to get people in the poverty-stricken and crime-ridden Helenvale community to adopt the slogan “want ek kan” which means “because I can”. “We want people to believe that they can make a difference. We want them to believe that hope and healing are available,” said Pastor Strydom. He said the forum hoped that a business supporter would come forward to sponsor “want ek kan” t-shirts.